Get the most bang for your buck in the Sunshine State. 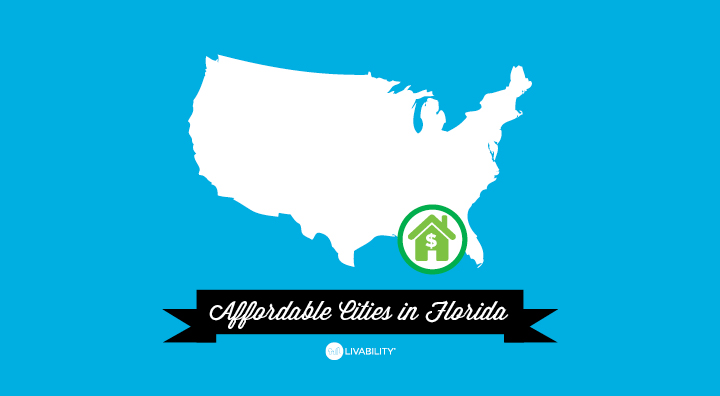 Thinking of moving to the Sunshine State? From jobs to weather to housing costs, here’s all the information you need in one place.

Affordability is more than just cheap housing options; it indicates a high quality of life as well as affordable costs of living. Our list is not simply made up of cheap options, but looks at places where you can find community and a sense of purpose: where you would actually want to live. Home is where the heart is, so here are reasons why these six cities in Florida will steal your heart.

Kissimmee is located just 22 miles south of the popular Walt Disney World, but the city is much more than just a vacation destination. You can find affordable housing, with a median home price of $217,500. With a population just over 71,000, residents are in good company.

Due to the city’s close proximity to Orlando, the city has reaped many benefits of attracting a large number of tourists each year and the economy is thriving and constantly growing. Kissimmee is in a prime location for entertainment, outdoor recreation and plenty of places to wine and dine. Additionally, the city is convenient to all major roadways, making it easy for residents to commute to work or those seeking adventure.

Look no further for oceans, community, a quiet and scenic home base and an easy way of life. Palm Coast, located on Florida’s upper east coast, is home to one of Florida’s best-kept-secret beaches, so residents don’t have to fight tourists for prime beach space. With a population of nearly 87,000 and a median home price of $213,400, Palm Coast is speckled with colorful wildlife and magnificent trails. Its peaceful community makes it a great place to retire and find tranquility without being too far away from everything.

Known as the ‘Waterfront Wonderland,’ Cape Coral has more than 400 miles of canals, making it one of the cities with the most canals in the world.  Fort Meyers is close by, just across the Caloosahatchee River, making the city a hub for fishing and boating. The median home price is $227,800, making the community rather affordable.

Dreaming of a place where you can swim with a dolphin, attend a pro football game, and drink a beer on a ghost tour all in the same day?

You don’t have to spend big money to have fun in Cape Coral and the city is full of many amenities for residents to enjoy, including Cape Coral Yacht Club, the Southwest Florida Military Museum & Library, Cape Coral Farmer’s Market and Useppa Island, an upscale resort. If getting outdoors is more your thing, Cape Coral is just the place to be with the Four Mile Cove Ecological Preserve, the Rotary Park Environmental Center and Sunsplash Family Waterpark.  Also, be on the lookout for burrowing owls – they call Cape Coral home!

Originally called Tillman, the city was named Palm Bay in the 1920’s for its sabal palm trees. Like Melbourne and Titusville, Palm Bay anchors a large and intricate area of barrier islands, beach and coastal communities. Palm Bay is also part of Florida’s “Space Coast,” which is home to Cape Canaveral and the John F. Kennedy Space Center.

Palm Bay’s main industries of telecommunications and technology are booming, and affordability here is high, with median home prices at just over $180k.

You should move to Orlando if:

Oh yeah, and the city consistently shows up on our annual Top 100 Best Places to Live list.

As someone who was born in Florida but didn’t return to the Sunshine State until college, I’m an odd hybrid of a Florida native and transplant. Since I returned 14… END_OF_DOCUMENT_TOKEN_TO_BE_REPLACED

Dubbed “The Theme Park Capital of the World” in 2014, this busy city fueled by tourism is a lively place. While rollercoasters and cartoon character meet-and-greets might come to mind first, Orlando boasts a wide range of fun things to do, including a healthy dose of parks, farmers markets, concerts and sporting activities that keep locals busy year-round. The city is also home to a locally sourced food scene that is starting to gain national attention.

Home to the University of Florida, one of the largest universities in the U.S., Gainesville is shaded by a dense and richly diverse array of trees, and has been dubbed “Tree City, USA” by the National Arbor Day Foundation. There has been a continuing expansion of museums and theaters, as well as the preservation of historical landmarks like Ginnie Springs, one of the clearest springs in all of Florida.

The best part? Even though Gainesville offers a variety of higher education institutes, entertainment amenities and a great economy, the city won’t break the bank with the median home price just at $185,000. Additionally, Gainesville is great for families and has one of the best school systems in the state. 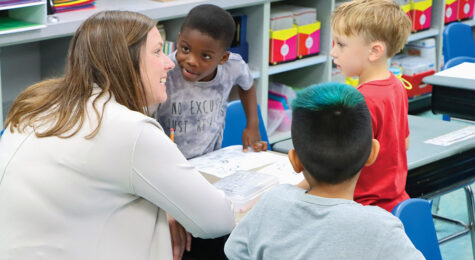