Can’t Afford to Live in Chicago? Live Here Instead.

The home prices in Chicago are as sky high as the skyscrapers. Check out these less expensive cities nearby that are great places to live in their own right. 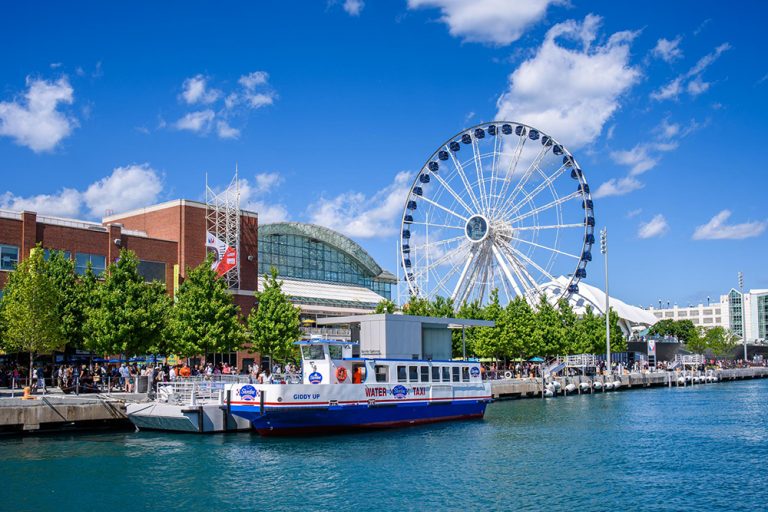 One of the largest cities in the country, the Windy City is known for its striking architecture, top-notch museums and attractions, unique neighborhoods, and of course, its food (deep dish pizza, anyone?). While not on a coast like its big-city counterparts, New York and Los Angeles, Chicago is nestled along the huge Lake Michigan and offers residents and visitors 28 miles of beaches and shorelines to enjoy.

The city is alive with culture, and its music culture is unlike any other as it is the birthplace of the Chicago blues genre and underground club music. In addition, the city is home to several music festivals each year, including Lollapalooza and the Chicago Blues Festival.

The Windy City also makes a name for itself with its world-class museums, including the famous Field Museum — one of the largest of its kind — and the highly respected Art Institute of Chicago. But, of course, the city doesn’t lack in sports, either. Dubbed a “Best Sports City” by Sporting News, Chicago boasts a professional sports team for the five major sports in America — hockey, football, baseball, basketball, and soccer.

Can’t Afford to Live in D.C.? Live Here Instead.

The home prices in D.C. are as steep as they get. Get more bang for your buck in these nearby cities.

Chicagoans love their city and take pride in all it has to offer. But all of these incredible amenities come with a catch: like any big city, it’s super expensive. Chicago’s sky-high housing expenses are 56% higher than the national average, while transportation expenses like gas and bus fares are 27% higher.

Can’t afford to live in the heart of downtown Chicago but want to be near all the action? We get it! Read on for some more affordable alternative cities to call home without losing that Midwestern big-city charm that Chicago offers.

Named one of the 5 Most Affordable Cities in Illinois, the suburb of Naperville sits 30 miles west of Chicago. Compared to Chicago, housing is much more affordable here, and renters in Naperville can snag a 944 square feet apartment for $450 cheaper than in the city. Naperville is not only more affordable, but it’s a wonderful place to place roots. It’s situated in the Illinois Technology and Research Corridor and has a prosperous economy in research and tech with an abundance of jobs. Downtown Naperville has plenty to offer and features big-city amenities like great nightlife, coffee shops, and restaurants galore. In addition, many families choose Naperville thanks to its highly rated schools and abundance of parks.

Can’t Afford to Live in Portland, OR? Live Here Instead.

In Portland, the cost of living can be steep. Get more bang for your buck in these nearby cities.

Like Chicago, the suburb of Downers Grove is affluent in history. But, unlike Chicago, living in Downers Grove won’t leave your pockets empty. The median home price in Downers Grove is $353,100, versus Chicago’s $439,900. Just 22 miles west of the city, it is a wonderful place to live, thanks to its convenient location to interstates and its strong economy. Its downtown is charming with a vast array of shops and restaurants and is quickly becoming a shopping destination. Public schools here are excellent, and crime is low. You can’t go wrong here!

This village is like its own mini Chicago, and just 20 minutes west of the Windy City, you can have the best of both worlds. Residents of this small, tight-knit community love its convenient location to two major airports, its stunning architecture with ties to Frank Lloyd Wright, and the fact that it is incredibly walkable. While Oak Park is a more expensive Chicago suburb, it’s still easier on the wallet than living in downtown Chicago. You’ll save money here by walking to work or the grocery store (Oak Park was dubbed one of the 8 Best Cities for Walking.) For those looking to buy a home, the median price per square foot is lower than in Chicago at $223.

Boston has become one of the most expensive places to live in the country. Want the perks with a lower price tag? Check out these cities.

This gem of a city is located about 50 miles northwest of Chicago and truly offers residents the whole package, but with more affordable housing costs. In fact, according to a recent list of the 100 Most Affordable Suburbs, Crystal Lake took the top spot thanks to its low average home price of just $301,750. This suburb is one of the best places to live in Illinois. Residents can sprawl out, own their own homes and enjoy more than 40 parks and recreation areas in the Crystal Lake Park District. While it also has its own downtown with shopping and restaurants, Chicago is only a stone’s throw away.

Evanston is a lively college town that has it all: it’s located along Lake Michigan and features lush parks, beautiful beaches and all of the amenities a top college town offers. Home to Northwestern University, Evanston never has a dull moment and is chock full of bars and restaurants as well as countless street fairs and festivals. Residents enjoy all being on the waterfront has to offer, including sailing and paddleboarding. Another bonus is its easy access to Chicago with the CTA’s Purple Line train. Those looking to call Evanston home will only have to shell out an average of $1,195 a month for a one-bedroom apartment compared to Chicago’s $2,155.

Can’t Afford to Live in Los Angeles? Live Here Instead.

These affordable alternatives to L.A. offer the same West Coast charm and amenities you know and love.

This village is close to downtown Chicago and sits just west of the O’Hare International Airport, yet it also landed a top spot on the 100 Most Affordable Suburbs list. The charming Elk Grove Village is recognized nationally as an affordable suburb with an average home price of $331,338. Good schools, low crime, and the ability to own a home without a high metropolitan price tag draw in young families. Commuters appreciate the quick 20-minute commute into Chicago, and those needing to travel for business are just 15 minutes from the airport. Despite being so close to the Chicago action, Elk Grove Village offers residents plenty of green space, including the Ned Brown Nature Preserve.

Often referred to as the “City of Gardens,” Rockford is truly a beautiful place to call home. Numerous green spaces dot this city, including the popular Anderson Japanese Gardens and Klehm Arboretum & Botanic Garden. Like Chicago, Rockford is also home to some pretty cool museums, and the Burpee Museum of Natural History features Jane, the world’s most complete adolescent T. Rex skeleton. Low housing costs in Rockford draw in young families and retirees from across the country looking for a lower price tag for big-city amenities. And Rockford is much more affordable! To put it in perspective, Chicago is 42% more expensive than Rockford in general, and its housing costs are a whopping 160.1% more.