Five-story interactive children's museum is scheduled to open in 2023 in Winston-Salem. 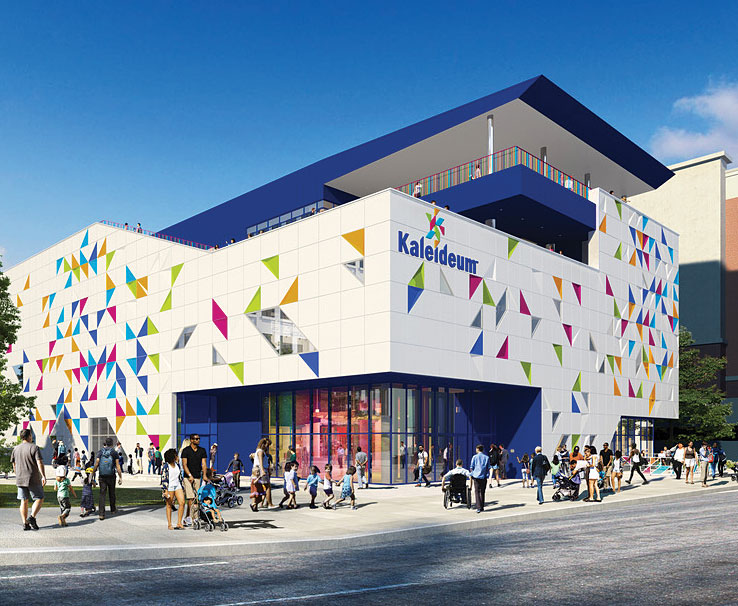 Formed in 2016 when SciWorks (a science museum) merged with the Children’s Museum of Winston-Salem, Kaleideum became one organization with two locations – a North campus and a Downtown campus.

By October 2023, a new Kaleideum building will open to replace the current locations. The five-story interactive museum in Winston-Salem will be located in the heart of downtown on the site of the former Forsyth County Sheriff’s Office.

“The new building will bring the arts, sciences, kids and adults together from all over our community to learn and explore things they are interested in,” says Elizabeth Dampier, Kaleideum executive director. “There will be many exhibits and program opportunities that help you think about things.”

The 72,000-square-foot museum will also serve as the new home to the Mount Robotics Center, which helps increase children’s interests in STEM education through the construction of robots and their workings. It also teaches young people about business plans, marketing, budgeting and more.

While Kaleideum helps young people learn about skills such as creativity, communication, frustration tolerance and design thinking, it’s also designed to serve people of all ages. “It’s all about lifelong learning and lifelong education,” Dampier says.

Whether you’re a newcomer or just visiting for the weekend, be sure to add these items to your must-do list.