How much does it cost to buy a house in Cincinnati? How much is a latte? Or childcare? If you’re curious about the cost of living in Cincinnati, read on for insights from a local! 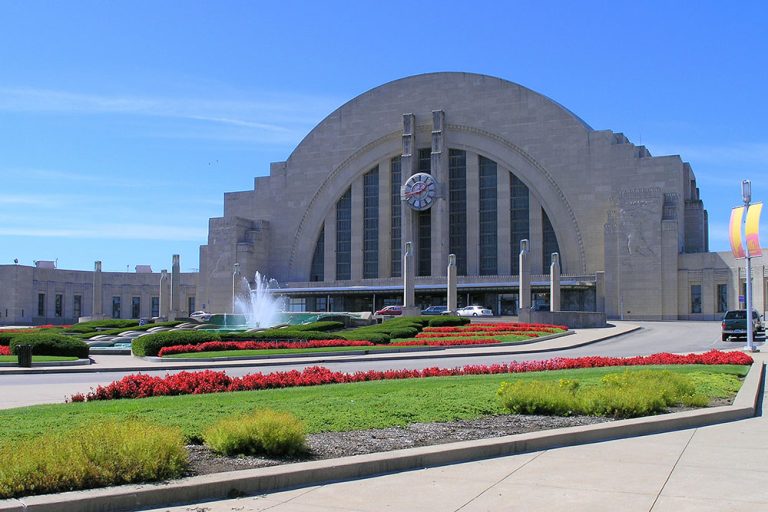 Cincinnati / Courtesy of Greg Hume under a CC 2.0 license.

Cincinnati is consistently one of the most popular cities featured on Livability. A beautiful, welcoming, rapidly growing city that was recently named one of our Top 100 Best Places to Live in America, there are tons of reasons why so many people want to know more about living in Cincinnati. So, how much does it really cost to live there? We asked a local to give us the scoop on everything from rent to lattes to childcare.

How long have you lived in Cincinnati?

I’ve lived in Cincinnati my entire life. I’ve moved quite a few times within the city, though.

What’s your rent/mortgage in Cincinnati?

Our mortgage is about $1800/month (including PMI) for a 30-year-old, 3000-square-foot house with four bedrooms, four baths and a nice backyard. We’ve settled on the west side of the city, where property is generally much more reasonably priced. This side of town is generally seen as less trendy than the east side of town, but housing prices there are quite a bit more.

We opted for this area because the cost of living was better, although Cincinnati is affordable all-around when compared to many other large cities. We’re in a very good school district and only 15 minutes from downtown, where both my husband and I work.

Who are the main employers in Cincinnati? Are jobs relatively easy to find?

We have a number of Fortune 500 companies here, including P&G, Kroger, Macy’s, Fifth Third Western & Southern and American Financial Group. We also have a really strong start-up culture with multiple business incubators helping move things along.

Job opportunities are pretty good. I work in communications/PR and there are plenty of jobs posted in my field on LinkedIn and Indeed right now. My husband made a career change about two years ago and was able to settle in at a new company within a few months of starting his search.

How’s the access to grocery stores and food in Cincinnati? Are you going to be able to find things like quinoa and gluten-free pizzas at your local grocery store?

In the suburbs it’s pretty easy to find whatever you need at Kroger. In recent years they’ve really stepped up their health-related offerings; I’m able to buy organic produce, cauliflower crust pizzas and all the kombucha I want. We also have Trader Joe’s, Whole Foods and Jungle Jim’s, which is a huge international market.

For residents in the business district of Cincinnati, it’s a little tougher. I lived there in 2009 and 2010 and it was a food desert. My husband and I left the city each weekend to visit family in the suburbs and would shop for groceries there as well. As downtown residency increases, I’m noticing more small, independently-owned grocers popping up, though.

Just north of the business district in Over the Rhine is Findlay Market, Ohio’s oldest continuously operated public market. This is the best place to go for local produce as well as meat, seafood, poultry, cheese, flowers and ethnic foods. They also host an outdoor market in warmer months.

How family-friendly is Cincinnati?

Personally, I think Cincinnati is fantastic for families. Our public library has more than 40 branches locally, offering programming for kids and teens. We visit at least once a week. Our township hosts a local farmers’ market in the spring and summer, which is next to the library and the park, so we walk there most weekends.

Cincinnati has a really strong brewery scene, which might not immediately sound family-friendly, but most of these places offer kid-friendly food and have games there, too. We have a few brewery favorites where we can go to get out of the house and enjoy a meal while the kids play with the enormous jenga set or a board game.

We have a great parks system here. Smale Park on the Ohio River is my favorite. There’s a carousel, and adventure playground, running paths, bike trails, river-view porch swings, a water fountain park, gardens and event space. It’s also right next to a development called The Banks, which has apartments, many restaurants and bars, and is situated between our baseball and football stadiums.

Cincinnati really celebrates the arts as well. We have multiple art museums with free admission, the Cincinnati Ballet, the Cincinnati Opera and The Cincinnati Symphony Orchestra. There are a few local theater groups that are really popular, a puppet company that kids enjoy, and many opportunities to get your kids involved in something creative.

On the sports side, we have professional baseball, football and soccer teams, as well as local college teams to root for. A lot of Cincinnatians have lived here for a long time so there’s a deep affinity for the teams.

What’s childcare like in Cincinnati? (Is it easy to find? How much does it cost per month?)

There are a lot of in-home childcare offerings, which seem to be popular. Daycare spots are a little harder to find. It’s been about five years since I’ve had to price them out, but the range for full-time daycare in a facility was $700-$1200.

We are lucky to live near family members who willingly watch our kids while we work. I know a lot of other people who handle childcare this way as well. A lot of Cincinnatians were born here and the family connections are strong and important.

8 Reasons to Move to Cincinnati, OH

You’re not retirement age, but do you have any insights into how elder or handicapped-friendly Cincinnati is?

Trihealth and Mercy are two of the major healthcare systems and my experience with both has been positive. I have very affordable healthcare through my company.

I am aware of a few day programs to support elderly people, as well as multiple assisted living communities. Accessibility is pretty good where required. I’m fortunate to work for a company that’s really invested in this as well, using inclusive design principles for all of our office designs. The one area where I can see it being an obvious potential issue is housing. Cincinnati is really hilly and a lot of houses sit up from the street in some of our more urban settings.

How walkable is Cincinnati? Is there a good public transit system?

Within certain neighborhoods, it’s pretty easy to get around on foot. Downtown and Over the Rhine are great examples of this. Within certain suburbs like Clifton, Hyde Park, and Covedale, this is also true. However, getting from one suburb to another can be difficult. We have a bus system that reaches the outer areas of the region, but you often have to ride downtown to switch to a bus that will take you out to another suburb.

We have a streetcar in downtown Cincinnati now, too. It’s only a few years old and my perception is that usage is low compared to what the city projected. It’s a fun option, but considerably slower than grabbing a Lyft.

A latte at my favorite local place is about $4, which doesn’t seem too bad to me considering how delicious it is. A nice cocktail is around $10.

We go to a local burger place with the kids every Saturday (Wild Mike’s) and the four of us can eat for about $35. On the other side of that, my husband and I like to go to The Precinct for dinner on his birthday each year. That meal – an appetizer, salads, two EXCELLENT steaks, a shared side and drinks – is closer to $200. There are plenty of options in between.

What are you absolute favorite things about Cincinnati?

I love the close-knit communities and that so many people have family ties here. I love the respect for history and the embrace of what’s new. I love the support for small business owners and entrepreneurs of all kinds.

I think my favorite-favorite though is the view of the city skyline as you approach from the south I-75. It takes my breath away every single time.

Most cities have a ‘catch’ – San Francisco has an insane cost of living, LA has terrible traffic, NYC has garbage bags lining the sidewalk. What’s the ‘catch’ with Cincinnati?

As Mark Twain allegedly said, “When the end of the world comes, I want to be in Cincinnati because it’s always 20 years behind the times.â€ I think this is a misconception, but it’s still out there.

I think it’s only fair to also mention that we have work to do with regard to race relations (as so many cities do). Many people still think of the 2001 riots in Over the Rhine when they think of Cincinnati, or more recently, unrest after the shooting of Sam DuBose by a university cop. I like to believe that the city has made a lot of progress, but recognize that I can write that from a place of extreme privilege as a white woman. I don’t hear of or witness racism in my daily life but I’ve also made a choice to build relationships with people who respect diversity and what makes people different.