Skip to content
Home > PA > Where to Live Now > Moving to Pennsylvania? Here’s Where You Should Live 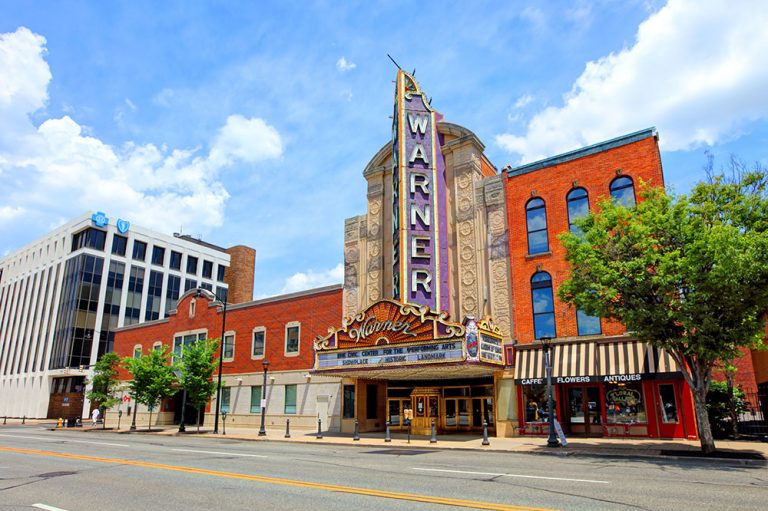 Full of adventure and steeped in history, the commonwealth is sure to have a community that fits your lifestyle. Let’s explore!

A signature gathering spot is Diamond Park, a central park that features statues, monuments and green grass for the public to enjoy. >

Named for the lake on which it sits, Erie is the fourth-largest city in Pennsylvania.

A popular destination is the 3,200-acre Presque Isle State Park, a National Natural Landmark that attracts over 4 million visitors each year and includes the Tom Ridge Environmental Center.

Another family-friendly attraction is Erie Zoo and Botanical Gardens. Erie boasts a diverse collection of cultural attractions, such as the Erie Art Museum.

Nestled in the heart of the Pocono Mountains, East Stroudsburg is a hidden gem. The city attracts not only nature lovers but also families that value the good education system and low crime rates.

East Stroudsburg University is an integral part of the community, educating students and connecting with the community and supporting entrepreneurship through its 51,000-square-foot Innovation Center.

Downtown East Stroudsburg is known for its wealth of locally-owned restaurants and unique shops.

Scranton is a small city with a big history, including the early adoption of electricity on a citywide scale and the first electric trolley line in Pennsylvania. A signature attraction is the Electric City Trolley Museum, which includes model trolleys and railways, among other things.

While its history is heavily tied to coal and textile production, today’s Scranton is powered by technology-driven manufacturing, logistics, health care, energy and financial services.

While its heritage is in coal production, the economy of Wilkes-Barre today includes key sectors in health care, logistics and manufacturing.

The arts are an important part of the area, anchored by the Marquis and Sordoni galleries.

Founded in 1842 by a group of Bavarian Catholics who were escaping religious persecution, St. Marys is known for its historic churches and antique shops.

But it has another amenity that draws visitors from far and wide: The Eternal Tap at Straub Brewery, which is a source of free(!) beer. The historic brewery dates back to 1872 and is the third oldest in the U.S. Today, it’s known for its classic American lagers and a rotating cast of seasonal brews, in addition to the complimentary beer flowing from its famous tap.

The region’s established industrial base means a steady flow of job opportunities, too: a staggering 40% of the world’s powdered metal parts are produced here.

Located in the aptly named Elk County, it’s also where you can find Pennsylvania’s elk herd.

What began as a timber town in the 1800s has now transitioned to an economically diverse city, with education and health care at its core.

Located in the valley of the Susquehanna River’s West Branch, Lock Haven’s downtown is going through an impressive revitalization, with incentives for new businesses to set up shop.

Those who love to stay active will be impressed by the full calendar of events that take place in Lock Haven, which is becoming a renowned spot for runners, thanks to races like the Boulder Beast, a challenging 25-mile trail run.

On weekends, go for a picnic or hike, or come winter, go cross-country skiing in Upper Pine Bottom State Park, then grab a burger and beer at the 20-seat community table at Odd Fellas, which serves craft burgers and brings the community together. The city is also home to Lock Haven University.

Pennsylvania’s capital, Harrisburg, frequently tops national lists in categories that exemplify what the city has to offer, especially for young professionals.

Residents enjoy a lively and diverse cultural scene that includes the 130,000-square-foot Whitaker Center for Science and the Arts. The center houses the Harsco Science Center, the Select Medical Digital Cinema and the Sunoco Performance Theater.

Chambersburg’s historic downtown is a hub of activity, hosting art walks, history tours and an outdoor summer movie series as well as unique festivals throughout the year. Consider a bib a necessary part of the attire at the summer CrabFeast, which is an all-you-can-eat hard-shell crab festival. Come winter, 30 tons of ice are meticulously carved into sculptures that decorate downtown for IceFest.

Chambersburg is an up-and-coming destination for entrepreneurs who can benefit from several loan programs, tax credits and grants.

You could say that Easton is Pennsylvania’s most colorful city, thanks to CrayolaÂ®, the crayon company that makes its home here. Residents and visitors can enjoy the CrayolaÂ® Experience, which features plenty of fun activities for kids and families.

For more of an adult experience, there are excellent restaurants, breweries, bars and shops here, too.

A historic and revitalized downtown includes attractions such as the Easton Public Market, an artisan food hall and market, and the 1753 Bachmann Publick House, which hosts dinner theater performances.

Ah, the City of Brotherly Love. The largest city in the state, Philadelphia is home to roughly 40,000 businesses.

Thanks to the city’s public transit system, SEPTA, which includes buses, trolleys, trains, and commuter rails, it’s easy to get around. In addition to being a global center of commerce, Philadelphia is home to renowned universities, such as the University of Pennsylvania, Drexel University and Temple University.

Pronounced “Red-ding,” the city has deep roots in the railroad industry. In fact, if you’ve ever played Monopoly, you’re probably already familiar with the Reading Railroad, named after its real-life counterpart.

Residents find plenty of ways to stay active, thanks, in part, to the 125 plus miles of trails in the area.

Reading is a city that punches above its weight in the arts, thanks to venues such as the GoggleWorks Center for the Arts, a community cultural and art center.

The city that was the hiding place of the Liberty Bell during the Revolutionary War is enjoying a renaissance, thanks in part to significant downtown revitalization efforts, including construction in 2014 of the PPL Center, the home of the Lehigh Valley Phantoms minor league hockey team.

Allentown offers a wealth of cultural attractions, including the renowned Allentown Art Museum, the Da Vinci Science Center and the America on Wheels Museum, which features galleries related to virtually every form of transportation, from cars to Segways.

Lancaster offers the perfect blend of urban and suburban living. With its excellent school system, the city is a draw for young families with children.

Located in Lancaster County, also known as Pennsylvania Dutch Country, Lancaster is home to the oldest Amish settlement in the U.S. The area is heavily influenced by Amish culture and offers a stunning high-quality crafts scene.

A popular spot is Central Market, billed as the oldest farmers market in the U.S.

Outdoor enthusiasts can enjoy a wealth of natural beauty and recreation with easy access to parks, including Canoe Creek State Park and Canal Basin Park.

The Southern Alleghenies Museum of Art highlights local, national and international artists, and another notable museum is the Baker Mansion History Museum.

From its heritage in steelmaking, Pittsburgh has transformed itself into a powerhouse of high-tech industries, including robotics, software engineering and artificial intelligence.

Though it is an affordable place to live and has a stable real estate market, Pittsburgh also offers a fun, energetic vibe.