Things to Do in Rhode Island 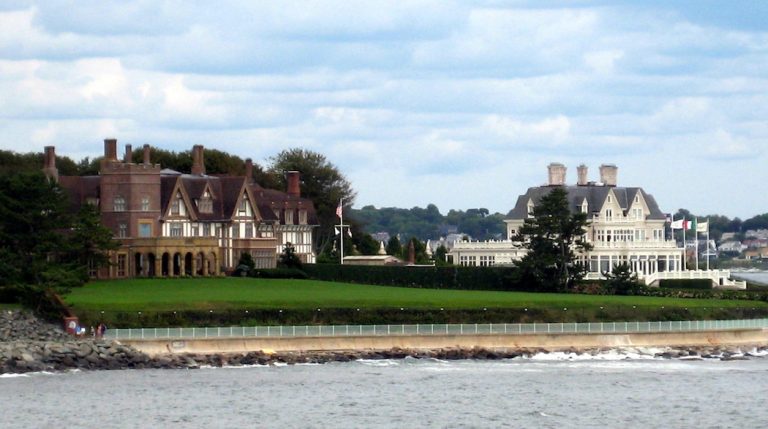 Newport / Courtesy of JJBers under a CC 2.0 license.

If you’re looking for a smaller community with a large amount of heart, then Rhode Island is definitely the place for you. It says a lot about the diminutive state that it in fact declared its independence from the British Empire two full months before July 4, 1776; and so naturally, despite being 1/430th the size of Alaska, Rhode Island offers an array of things to do that are well worth your time. Here are some of the most popular ones for locals:

Outside of AP U.S. History, most people do not know that Rhode Island actually began the Industrial Revolution in America. Found in Pawtucket Village, Slater Mill was built by Samuel Slater in 1793 and was the first water-powered cotton mill in North America. While it originally just produced cotton thread, it went on to later produce tools for the jewelry industry, coffin trimmings, cardboard manufacture, and bicycle sales.

At the same time a free public art installation, a work of performance art, an international music festival, an urban ritual, and a community ceremony, WaterFire is a well-known community arts event. It was created in 1994 by Barnaby Evans and presented in downtown Providence on the rivers, and can attract as many as 100,000 people on a single night and two million people per season.

Go to the Beach

Rhode Island isn’t called the Ocean State just for giggles—and in fact, it has some of the nicest beaches in all of New England. Soft sand, relatively warm water, and relatively fewer shark attacks all mean that Rhode Island’s beaches are well-loved.

Built by the robber barons of the Gilded Age, the historic mansions of Newport, Rhode Island are stunning examples of architecture and provide fascinating insights into the lives of the richest of the rich industrialists of ages past. Rosecliff and The Breakers are particularly famous, especially as sites of movies (like True Lies). Thus, besides taking a tour of each, there’s really no better way to take them all in (and for free) than by walking along Cliff Walk, a 3.5-mile public access walkway that borders the shore line (and is pictured above).

Newport Named One of the 50 Best Cities for Entrepreneurs

Ever heard of the Electric Dylan controversy? Because if yes, Newport Folk Festival at Fort Adams State Park is where it all happened. The festival itself began in 1959, and has introduced a number of artists who went on to major careers, like Joan Baez and Bob Dylan. Of course, it’s not a strictly folk festival—other featured artists have included Johnny Cash, José Feliciano, and Jimmy Buffett.

Rhode Island was founded as a haven of free religion, and so naturally, it has some of the very first places of worship for various religions in the entire country. Touro Synagogue is one such place of worship, having been built in 1763; likewise, the First Baptist Church of Providence was the first Baptist church in all of America.

Located in Pawtucket, McCoy Stadium is the home base of the PawSox—the feeder team for the Red Sox. Tickets are cheap and generally abundant, there are often giveaways and other such games, and you get the chance to see major players before they hit it big—like Mookie Betts and Dustin Pedroia.