End the year on a high note in Tennessee. 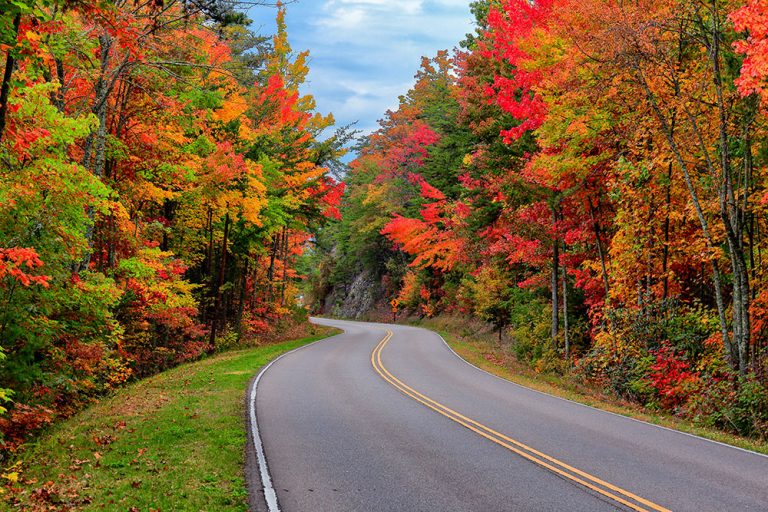 Football fans everywhere know the fourth quarter is where the action is. Nothing like a two-minute drill to get the adrenaline pumping as your team secures the win. The same is true for touring Tennessee as the year draws to a close. Fun activities and festivals span the state from the mountains of the east to the mighty Mississippi on the Memphis border.

The temperature is perfect for cozy sweaters and jackets without the fuss of bulky coats and mittens. There’s a crispness in the air, and the scent of pumpkin spice is everywhere. (Although, in fairness, American’s obsession with all things pumpkin-y means that’s probably true for every town across the country.) As Thanksgiving approaches, Tennessee really shines bright with millions of twinkling lights, musical productions and larger-than-life holiday displays leading up to epic New Year’s Eve celebrations.

So, hop in the car or on a plane and head to Tennessee to end the year on a high note … but hurry, the clock is ticking!

Get in the Game

It’s football time in Tennessee — and hockey, soccer and basketball time, too. You don’t even have to be from the state to enjoy a college football game. After all, the South has raised tailgating to an art form. Root for the ETSU Buccaneers in Johnson City or catch the always-electric Memphis Tigers. For an authentic taste of the mighty SEC, join more than 100,000 screaming fans at Neyland Stadium in Knoxville to cheer on the University of Tennessee Volunteers, or head to Nashville to enjoy the Vanderbilt Commodores gameday experience with tailgating on the Commodore Lawn.

Prefer professional sports? You’re in luck. Nashville is home to the NFL Tennessee Titans, NHL Nashville Predators and MLS Nashville SC — and they’re all playing all the time right now with the Titans leading the AFC South, Nashville SC heading for the playoffs and Preds just dropping the puck on a new year. About three hours west, the NBA Memphis Grizzlies tipped off the new season with an opening night win. No matter which team you see in action, just know the beer is ice cold, the fans are rowdy and the action is non-stop.

Yes, fall brings Halloween, but spooky season in Tennessee is year-round at these haunted hangouts. As the year draws to a close, dark comes earlier and the wind whips the last of the leaves off the trees, making the setting particularly ripe for a ghostly good time.

For those with an adventurous spirit or those just hoping to spot one, check into the Thomas House Hotel in Red Boiling Springs. The famously haunted property hosts Ghost Hunt Weekends throughout the year with overnight stays and a delightful dinner followed by an evening hunting for the apparitions who call the hotel home.

Haunting enough by day, paranormal tours of Brushy Mountain State Penitentiary are absolutely terrifying by night. After all, this former prison in Petros is where evil resided as home to many of Tennessee’s most notorious prisoners. Visitors have heard disembodied voices and growls, been shoved and felt the presence of evil.

Of course, it’s not just interior spaces that are haunted. Once the nation’s ‘Wild West,’ life was often hard in the mountains of East Tennessee. Harsh winters, land feuds and illicit moonshine runs caused more than a few untimely deaths and left some angry spirits in their wake. Check out the lantern-led Appalachian GhostWalks with routes through a dozen towns of the Upper East.

However, Tennessee’s most notorious haunting occurred in the middle of the state in Adams, where the famed Bell Witch resided. The well-documented tale finds a malevolent spirit named Kate torturing the Bell family, particularly patriarch John and his youngest daughter Betsy. The family cabin and Bell Witch Cave are among the sites associated with the story that has kept many a child terrified around a glowing campfire.

If spooky haunts hold no interest, head toward the light. It’s easy to do with millions of them twinkling across Tennessee in celebration of the most wonderful time of the year. The lights are bright at Bristol as the speedway shimmers in the dark and features an ice rink for skating and Christmas Village. People have come from across the country for three decades to enjoy Smoky Mountain Winterfest in Gatlinburg, Sevierville and Pigeon Forge. Dancing lights, drive-by displays, musical events, holiday shopping and a holly, jolly Dollywood help guests feel like they’ve just walked into a Hallmark Christmas movie. Chattanooga gets into the spirit with the Holiday Trail of Lights, showcasing 12 major activities with ice skating, live entertainment, lighted boat parade, train excursions and Santa, himself.

In Middle Tennessee, Lebanon hosts the Dancing Lights of Christmas, a massive drive-through holiday light and music display. Just down the road, Gaylord Opryland Resort & Convention Center has hosted “A Country Christmas” for nearly 40 years. Millions of lights and larger-than-life decorations fill the magnificent hotel and grounds. In addition, there are special events for families, including the “Mission to Save Christmas featuring Elf” and breakfast with Rudolph, dinner shows with the Oak Ridge Boys and plenty of other stars home for the holidays t0 perform at the Grand Ole Opry.

And who could resist an iconic Blue Christmas at Graceland? Celebrate the King’s favorite time of year with a lighting ceremony at Graceland followed by special holiday tours and a concert lineup featuring Josh Turner, Michael W. Smith and the Beach Boys. The fun rolls into 2022 with a four-day celebration of all things Elvis at his annual birthday bash Jan. 6-9.

There are ball drops and celebrations in small towns and large cities across the state, but the biggest event happens in Nashville. The Jack Daniel’s New Year’s Eve Live: Nashville’s Big Bash typically brings more than 100,000 revelers to Bicentennial Capitol Mall for hours of outdoor concerts featuring headliners Dierks Bentley, Zac Brown Band and Dan + Shay to send off 2021. At the stroke of midnight, enjoy the huge Music Note Drop and fireworks display. If you can’t muster up the energy to be there live, you can always snuggle in and watch the festivities on CBS with nearly 50 performances originating from multiple locations throughout downtown Nashville and featuring Jimmie Allen, Luke Bryan, Kelsea Ballerini, Miranda Lambert, Darius Rucker, Blake Shelton, Elle King and many others.

This just scratches the surface of all the great events and activities between now and the end of the year. Go to tnvacation.com/calendar to explore a complete list of options.

The Fine Print
We still live in COVID times. Please check event websites for any regulations. For example, Nashville’s New Year’s Eve requires proof of vaccination or a negative COVID test within 72 hours for entry onto the grounds.