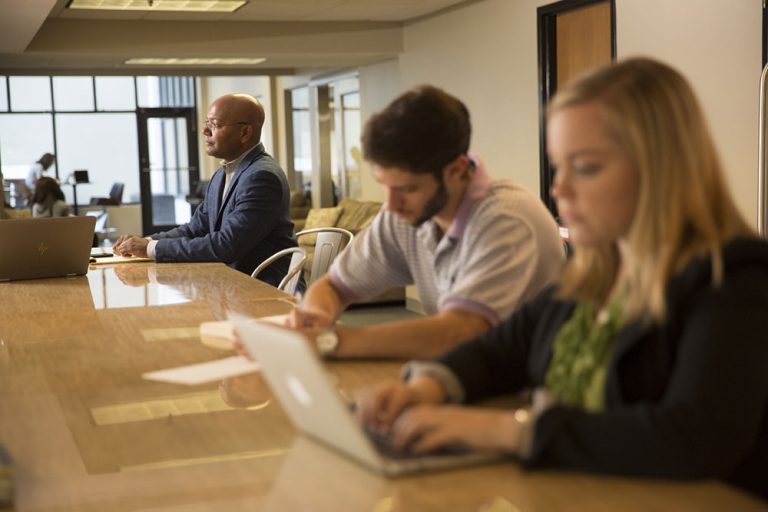 Business incentives are one of the top search criteria when entrepreneurs  and startups are looking for in a new place to call home, and there are communities outside of major business hubs that offer competitive incentives without the long commute and high cost of living.

Some incentives might be financial in nature,  while other offers are bureaucratic – assisting with permits and helping to cut through red tape. Here are some locations that mix business incentives with quality of life.

The state of Nebraska has been offering significant incentives to businesses that relocate to the state, with incentives totaling around $270 million in 2014. The state has been particularly interested in targeting information technology companies and has earned itself the nickname “Silicon Prairie.”

The centerpiece of the state’s efforts is its Nebraska Advantage package. The package is built to boost the state’s business ecosystem and makes Nebraska an ideal destination for starting and growing a business. The Nebraska Advantage package focuses on capital investment, innovation, jobs creation and employee training by offering investment credits; wage credits; job training; state and tax breaks for business purchases, research and development, and inventory.

In addition to state incentives, the low cost of doing business there means funding goes much farther than it might in San Francisco or New York. And aside from incentives, Nebraska offers rolling hills, rich history dated back to Native American tribes and is a cool place to live. The city is full of safe, friendly neighborhoods and is bustling with things to do from arts and theater, sports that includes being home to the NCAA Men’s College World Series, a healthy music scene and fresh food galore.

8 Reasons to Move to Omaha, NE

While Salt Lake City may not have the robust access to funding that Silicon Valley companies do, it means there are less investors with their hand on the wheel. Companies in the Utah capital enjoy a greater sense of independence and that autonomy allows for their internal finances from growing too big too fast. The cheap cost of business also means less funding is necessary.

Discover the Best Places to Live in Utah

Salt Lake City’s University of Utah churns out more businesses than any other university in the nation, according to Livability.com, where the city ranks amongst its Top 100 Best Places to Live. The family-friendly city,  easy city commute, a strong local flare, outdoor recreation everywhere and a culture of work-life balance make Salt Lake City an ideal consideration to start a business.

Memphis is another city with a high amount of business incentives and low cost of operation. Job-creating projects with a significant capital investment may qualify for property tax abatement through the local Payment in Lieu of Tax (PILOT) Program. The local government can also issue bonds to finance industrial facilities. There are also a number of state level incentives such as training grants, job tax credits and sales tax exemptions for qualifying organizations.

In addition to government assistance, the Memphis Chamber of Commerce also provide a range of incentives to small businesses.

And if you’re a small business looking to open shop and move to Memphis, the city is full of some of the best barbecue in the nation, a fun music scene and encapsulates the flavors of the urban south.

Find Out Where to Eat Next Time You’re in Memphis, TN

While Boca Raton has been associated mostly with retirees, young entrepreneurs are thriving in the South Florida city. The city’s tech startup ecosystem was seeded by talent coming out of the

large IBM factory that opened back in 1970.

In 2010, an Economic Development Fund was established to supply incentives for companies looking to relocate to the city or to grow their existing business inside the city. These incentives include matching state economic development programs, grants, loans and subsidized leases. Boca also offers companies non-financial incentives like fast-track permitting and civic ceremonies.

Check Out the Most Affordable Cities in Florida

Boca may well be the best kept work-live secret for burgeoning businesses if you’re a fan of beach living in a city with a growing economic environment. The city boasts great neighborhoods with dwellings and views for every taste, an environment for outdoor living and culture, and a low tax rate coupled with a business climate that added 8,000 new jobs over the past five years.

Minnesota has the 15th lowest tax rate for businesses, and the city of Minneapolis builds on that by offering a bevy of financing options for small businesses. Qualifying companies have access to low-percentage loans, technical assistance grants, revenue bonds, business consulting and marketing initiatives.