Skip to content
Home > Love Where You Live > Livability’s Top 10 Stories of the Year: 2017

From a real-life Hogwarts to America's #1 place to live, check out the Livability stories that made the biggest splash this year. 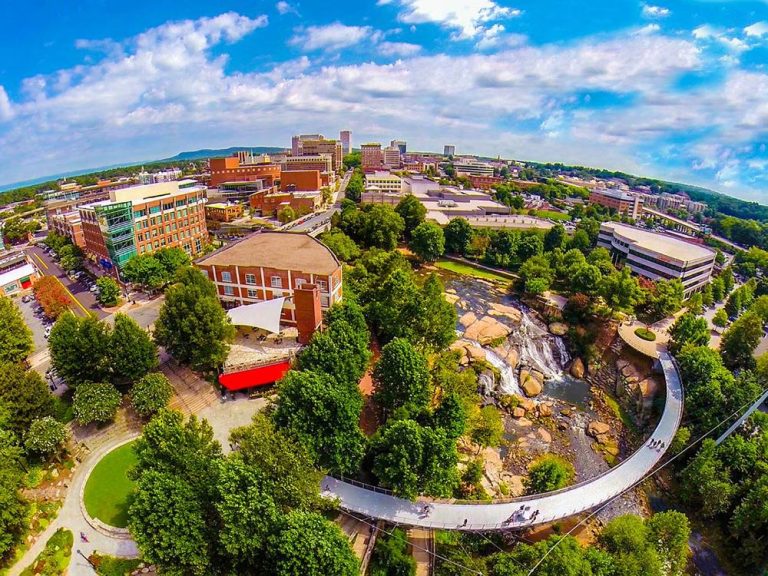 As 2017 comes to a close (did it go by extremely quickly for anyone else?), we thought it would be fun to take a look back at our most popular stories of the year. This has been a big year for Livability in so many ways: in addition to our usual roster of lists and rankings, we started publishing new articles daily (bookmark our homepage, y’all!), created a weekly newsletter (sign up here), and brought on tons of new voices from new places. We’re excited to build on this momentum in 2018, and we’re so glad to have you along for the ride.

One thing’s for sure: we’re going places.

Now, without further ado (and in no particular order), here are the 10 Livability.com stories that made the biggest splash this year:

Our fourth annual ranking of America’s best places to live was our top story this year, drawing in readers from all over the world to see which cities made the list and who earned the coveted #1 spot. If you haven’t checked out the 2017 list yet, do it quick, because our 2018 list is coming very soon.

This story about a secret Hogwarts campus in the hills of Tennessee went viral, as thousands of people shared the link with friends and planned road trips to this magical destination. The Livability.com team are all huge Harry Potter fans, so expect more wizard-related content in 2018.

Also, shoutout to the commenters on our Facebook page who pointed out that a North American wizarding school already exists, and it’s called Ilvermorny. 100 points to Ravenclaw! Your Gryffindor editor apologizes for the oversight.

It has been a tough year for Florida with multiple hurricanes making landfall and inflicting serious damage, but the Sunshine State is strong and resilient — and as desirable a relocation destination as ever. The popularity of this article, which includes all the facts and info you need if you’re thinking of relocating to Florida, is proof of that.

Courtesy of Nicole Hanusek under a CC 2.0 license

Have you ever wondered what happens to lost airline luggage that never makes it back to its owner? So did the thousands of people who clicked on this article about what might be the world’s greatest thrift store.

This year’s ranking of the best cities for retirees contained quite a few surprises that garnered coverage from national news outlets like CNBC.

Courtesy of Joseph under a CC 2.0 license

Many people daydream about selling all their belongings and starting over in Alaska. This family actually did it. After reading their story, you might decide to finally make those daydreams a reality. The Last Frontier is calling. Will you answer?

This article was written back in 2012, but it found new life on social media this year with thousands of Facebook shares and retweets. People loved the story of a city that purchased a former Walmart building and transformed it into a big, beautiful library. Want more stories like this? Don’t worry, we have plenty coming up in 2018!

Moving to Colorado? Here Are the Basics

Courtesy of Aspen Snowmass under a CC 3.0 license

Nearly 10,000(!) people move to Colorado every month. We are happy to help them prepare with this handy breakdown of everything they need to know before making their big move.

This North Carolina Community Was Actually Designed by Martha Stewart

What does a neighborhood designed top-to-bottom (down to the paint colors!) by Martha Stewart look like? Like this.

What Makes Greenville, SC a Best Place to Live

Greenville is, to quote “Zoolander,” so hot right now. Our guide to this up-and-coming “it city” caught fire on social media as locals shared the Greenville love and would-be residents pondered a move there.

And a few runners-up:

Is there anything else you’d like to see more of on Livability.com? Want to share a cool story from your town or city? Email me at wdimeo-ediger@livability.com and let’s talk!