Skip to content
Home > CO > Where to Live Now > Moving to Colorado? Here’s Everything You Need to Know 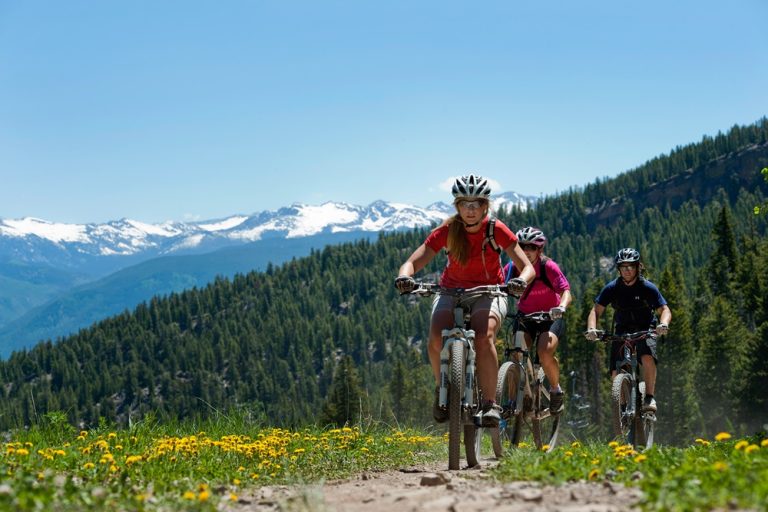 Courtesy of Aspen Snowmass under a CC 3.0 license.

With its unparalleled Rocky Mountain beauty, Colorado is a year-round haven for outdoor enthusiasts and ranks annually among the healthiest states. The state is rich in culture of the American West and has a welcoming business climate.

An average elevation of 6,800 above sea level – the highest of any state – keeps temperatures and humidity moderate year-round for most of the state. Local weather is affected greatly by varying elevation. Although much of the state is rugged mountain terrain, the eastern region is more akin to the neighboring plains of Kansas and Nebraska, with hotter summer temperatures. Colorado’s annual snowfall totals, among the highest of western states, fuels the state’s world-renowned ski scene.

Denver, the state capital and largest city, is comprised of a collection of neighborhoods from historic to hip. The “Mile High Cityâ€ also is home to the state’s major professional sports teams – the Broncos, Rockies, Avalanche and Nuggets. Other communities that receive high marks include Boulder, Aurora, Colorado Springs, and Fort Collins. On a budget? Check out the most affordable cities in Colorado.

Colorado ranks high among best states for business in a wide range of surveys, including Forbes. Tourism is a cumulative industry. In 2015, Colorado opened its Outdoor Recreation Industry Office (OREC), one of only two such offices in the nation.

Names like Vail, Aspen, Steamboat Springs and Breckenridge are almost synonymous with downhill skiing. Rocky Mountain National Park, with 77 mountains taller than 12,00 feet and more than 350 miles of hiking trails, is about 70 miles northwest of Denver. Colorado also has dozens of hot springs, including Glenwood Springs, home of the historic Hotel Colorado, a favorite of President Teddy Roosevelt. Mesa Verde National Park, in the southwest corner near the Four Corners with Utah, Arizona and New Mexico, is known for its Puebloan cliff dwellings and archeological sites. For music in an open-air setting, check out Red Rocks Amphitheater about 10 miles west of Denver for big-name concerts by the likes of Jason Isbell, Paul Simon, and Tom Petty.

Cost of Living Near National Average

Colorado’s cost of living is only slightly higher than the national average, but that is offset by a median household income that is about 13% above the national average. The median home price in Colorado is on the rise, up 9.3 percent to about $336,000. In April 2017, the average price of a single-family home in the Denver metro area reached a new high of $487,974.

It takes a while to learn the nuances of driving safely on mountain roads and snow-covered roads. The cotrip website is a good source for travel alerts and driving conditions. Denver International Airport is the sixth-busiest airport in the U.S. with more than 58 million passengers traveling through the airport each year. Other commercial airports include Colorado Springs and Grand Junction.

Colorado offers a wide range of festivals centering on food, music and cultural heritage. For a quick introduction, check out 10 Colorado Festivals You Can’t Miss.

For those into Americana and Texas music, The Music Fest at Steamboat has grown into a six-day event featuring about 70 bands and bringing a multitude of fans to the ski resort town.