8 Reasons To Move to Dallas-Fort Worth

A booming economy, incredible food and sports are just three things this Texas city has to offer. 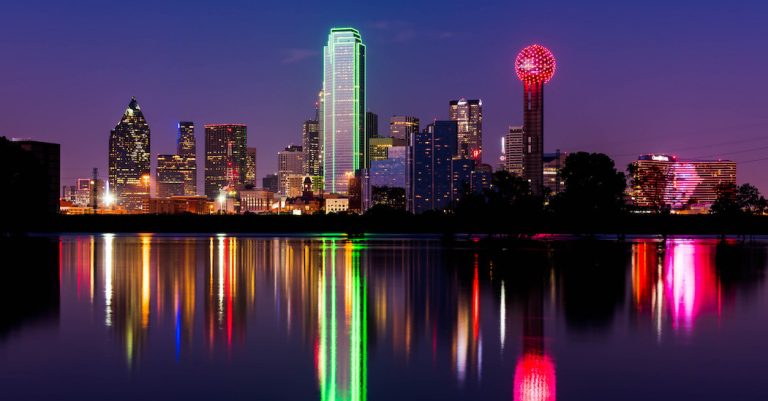 In the heart of North Texas lies a thriving metropolitan area with access to arts and entertainment, never-ceasing sporting events, and a growing economy — DFW. Officially called the Dallas-Fort Worth-Arlington MSA, this metroplex proves itself as a great place call home by the number of people relocating there every day. If you are thinking about moving to DFW, or even if you aren’t, here’s a few reasons why you should.

That’s right, there’s a little more money in your paycheck when you live in DFW. No state income tax results in an increased personal income in comparison to other states and an increased popularity for finding jobs in the area. Which is great, because DFW is also becoming known for its…

With big names like Toyota, Liberty Mutual, FedEx, 7-Eleven and more relocating their headquarters and building new campuses in the DFW area, not to mention Jerry Jones’ brand new Dallas Cowboys headquarters and practice facility, there is ample amount of opportunity for new employment as the population — and economy — continue to grow.

A post shared by Mike A. – Discipled BBQ Co. (@thesmokybird)

The South may have its barbecue, but what makes DFW stand out is its religious dedication to cooking the best of true barbecue meats — brisket. You may still find your slow-smoked pork around the area, but the beef and brisket reign as #1 in DFW’s barbecue restaurants.

10 Things Only Locals Know About Dallas-Fort Worth

Including all the Do’s and Don’ts.

As a great plus for families, there are almost 40 school districts within the DFW Metroplex, ranging in sizes from 1A (less than 105 students) to 6A (2100 or more students), according to the University Interscholastic League. And if you move to DFW, you’ll know about the UIL system with the next reason to move…

The frenzy and fandom seen in Friday Night Lights has a certain element of truth in it. Whether it’s a high school, university, or professional team, football season is one of Texas’ four seasons. Even for those who aren’t sports fans, the lively spirit that arrives at the end of July (the beginning of Cowboys training camp) is unlike any other.

Riding the DART is on the DFW bucket list, simply because it’s fun and one of the best ways to get around for work, school, or sightseeing. Light-rail stations reach north to Carrollton and Plano, east to Rowlett, south to UNT Dallas, and West to Fort Worth, servicing almost 700 square miles of the Metroplex.

8 Things To Do in Dallas-Fort Worth

Everything’s bigger in Texas, including the number of options when deciding what to do during your free time.

While Texas may be known for its heat, the truth is DFW has all four seasons — even if they’re all in the same week. However, the beautiful climate lends itself to a wide variety of fun activities, both indoors and outdoors, in the city and out in nature, all year round.

Voted first place in USA TODAY Readers’ Choice 2016 contest for Best International Skyline, the Dallas skyline is one of the most beautiful reasons to move to the area. With its iconic Reunion Tower and colorful buildings, this breathtaking skyline can be seen from miles away in every direction.