The 5 Most Affordable Cities in Wyoming

With scenic beauty and booming economies, these Wyoming cities are the most affordable and most attractive places to live in the Cowboy State 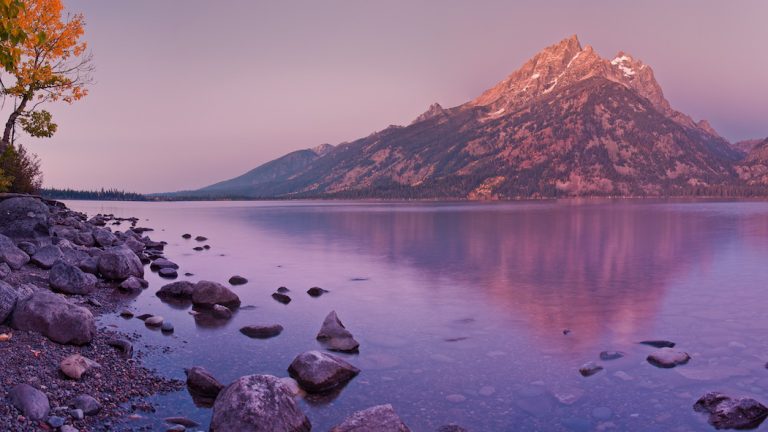 Wyoming / Courtesy of Alan English, CPA under a CC 2.0 license.

In recent years, booming oil and natural gas and trona production industries have lured many families to Wyoming in search of plentiful high-paying jobs. Wyoming boasts the world’s largest trona deposit. Trona is refined into soda ash, which is used in household items, such as glass bottles, soaps and detergents, and paper products. Even though falling oil prices have caused some of the highest paying jobs to run dry, the state’s economy is still growing strong. Add to that a competitive cost of living, breathtaking scenic beauty and an enviable quality of life, and it’s easy to see why the Old West is attracting a slew of new residents.

8 Reasons to Move to Wyoming

More than just stunning views…the cost of living, the jobs, the numerous ways to get outside and be healthy all make Wyoming a great place to live.

The average home price in Rock Springs is $207,000, and the average household income is north of $70,000, which might explain why 75 percent of residents are homeowners. Rock Springs is a relatively young town – in that the median age is 35. The city and surrounding Sweetwater County offer millennials and young families plenty of arts, culture and opportunities to get outside and play.

The city, dubbed “The Trona Capital of the World,” is known for its thriving trona production industry that supplies the region with high paying jobs, and for being the gateway to the Flaming Gorge Recreational Area. Rock Springs is also home to Western Wyoming Community College, which keeps the pipeline of talent flowing to the city’s industries.

At $73,426, Gillette boasts the highest average household income – likely bolstered by the coal, oil and methane gas industries. Dubbed the “Energy Capital of the Nation,” the abundance of these natural resources has helped the small town of 30,000 almost double in size over the last decade. While the average housing price of $220,000 is slightly higher than the state average, it still falls well below the national median.

Gillette residents work hard, but they play even harder. Flanked by the Big Horn Mountains in the west and the Black Hills to the east, the town sits inside the Powder River Basin and is just an hour from Devils Tower National Monument and Keyhole State Park, which offers fishing, hiking and camping in the summer as well as snowmobiling in the winter. Closer to home, the CAM-PLEX entertainment complex brings in the biggest names in theater and music.

Best Places to Live in Wyoming

Cody, Cheyenne are two of many great choices.

Cheyenne boasts the largest population with close to 60,000 residents, and is also the most diverse city on the list. Cheyenne is no stranger to Livability.com “best of” lists, having been named a city with one of the Top 10 Hiking Trails and one of the 10 Best Summer Festivals for Cheyenne Frontier Days, a 10-day festival that celebrates the city’s Western heritage. Cheyenne represents what’s best of both the old and new West.

Housing costs in Cheyenne are remarkably low. The average home price is $197,000, and the average household income is close to $55,000. As the state capital, government is Cheyenne’s largest industry, followed by the military. Many residents are employed at the nearby F.E. Warren Air Force Base or by the Wyoming National Guard.

The second-largest city on our list, with a population of more than 55,000, Casper also boasts the highest level of educational attainment – more than a third of the residents are college educated. Thirty-five percent of Casper residents are also single, which says a lot about the city’s $57,511 average household income. The median home price of $182,000 is well below the state and national medians.

Casper’s top-ranked schools, thriving arts and cultural scene, diverse economy and abundance of outdoor recreation opportunities helped the city land on our 2016 list of the 100 Best Places to Live in America. Art, theater and music lovers are treated to a host of options in Casper, such as the Nicolaysen Art Museum & Discovery Center, performances by the Wyoming Symphony Orchestra and the Casper Children’s Theatre. Home to the National Historic Trails Interpretive Center, Casper is often the first stop for hikers and mountain bikers.

8 Things to Do in Wyoming

Laramie may not boast the lowest housing cost of the towns on our list of the Most Affordable Cities in Wyoming, as the median home price is $193,000, slightly higher than the state average. Nor does the town boast the highest average household income. The average household income in Laramie is close to $40,000. But Laramie does offer quality of life amenities that make this small town of 30,000 an affordable and attractive place to live.

For one thing, Laramie residents pay less for food and utilities than most people in America. Residents also have access to higher education, sporting events, cultural activities and continuing education and training at the University of Wyoming, which calls Laramie home. Laramie offers a number of outdoor recreation opportunities during each season – including skiing and snowmobiling along the Snowy Range, rock climbing, hiking, and mountain biking throughout the Medicine Bow-Routt National Forest,  as well as rafting and fishing on the Laramie and North Platte rivers. Laramie’s small-town charm attracts both families and retirees, and the town offers a full roster of family-friendly activities, including ice skating, ice hockey and youth sports.