Famous monuments, historic sites like Devil's Tower and Mt. Rushmore are within hours of Gillette, WY. 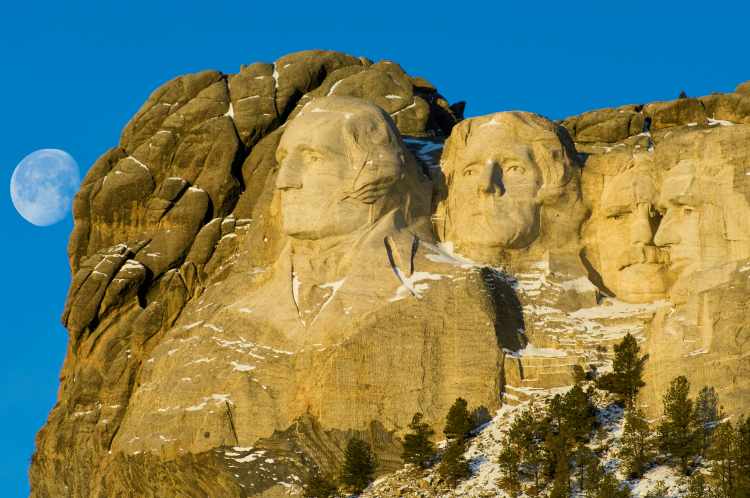 There is no shortage of things to see and do in Gillette, but a wealth of nearby attractions is an added bonus for visitors. Some of the nation’s best known tourist attractions are within three hours, or less, of Gillette, including Mount Rushmore, Spearfish Canyon Scenic Byway, Devils Tower National Monument, Deadwood and more. So whether a scenic vista or a giant pres­ident is on the viewing wish list, a stay here can easily be expanded into enjoyable regional day trips.

Famous even before it was completed in 1941, Mount Rushmore went through major state and U.S. government hoops over the course of its construction. Arguments over funds, appearance and more slowed the project for years before it was finally declared done just before the United States entered World War II. Used as a backdrop for many motion pictures, look for the national monument to be hopping in 2008 due to its major role in the climactic closing scenes of National Treasure: Book of Secrets, which was released in late 2007.

Not in the mood to stare down Lincoln and friends? Plenty of uncarved pro­montories are ready for visiting nearby as well. Spearfish Canyon Scenic Byway in the Black Hills National Forest offers vertical views, as canyon walls rise upward from Spearfish Creek and the highway along the canyon bottom.

And then there’s Devils Tower, named the country’s first national monument in 1906 and memorialized on every Wyoming license plate. The monolith stands 1,267 feet tall, and was formed as wind and water peeled away the rock layers that once sur­rounded it. A favorite site of climbers, bird watchers and all-around nature buffs, the monument’s busiest season begins around Easter and wraps up in November, says Dorothy FireCloud, superintendent.

“We usually open the visitor’s center the third week of April, because that’s when we start seeing a lot of people,” FireCloud says. “But the climbing goes on year-round, independent of the weather.” Climbing is OK anytime except June, out of respect for local American Indians who consider the monument, known to them as Bear Lodge, as a shrine. More than 20 tribes converge on Devils Tower at that time to perform many traditional rituals, including sweat lodges and sun dances. In recent years, an old tradition has revived at the monument with the return of the Father’s Day picnic. “We invite all the surrounding com­munities to participate,” FireCloud says. “Back in the 1930s and ’40s, we used to have several thousand people show up for a huge local gathering.”

With all this and more to be had, it’s no wonder that Gillette is a vacation destination, as well as a stopping point for thousands of visitors every year. “We’re very centrally located, and we pride ourselves on that,” says Brian Pierce, Destination Marketing Manager for the Visitors Center. “We had 9,257 visitors stop at our visitor’s center in 2007, which is a pretty significant number for us.”

Attractions In And Around Gillette