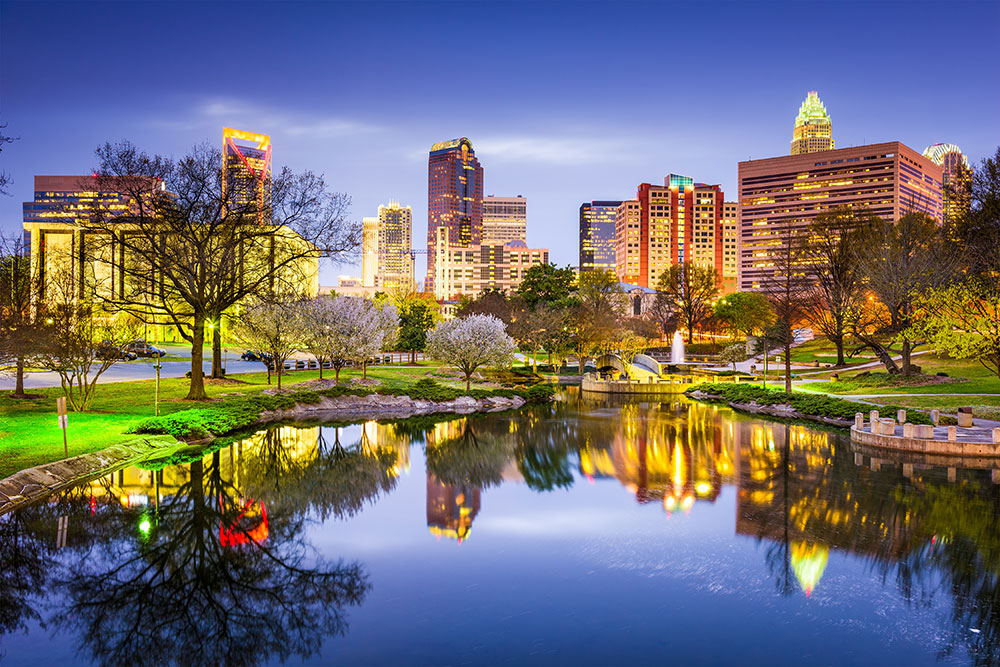 Known as the Queen City, Charlotte is a crown jewel of the South thanks to its history, diversity and unique culture where creativity meets innovation. The North Carolina city is one of the country’s fastest growing cities, home to nine Fortune 500 companies, and is the nation’s second-largest banking center, behind New York City.

Charlotte is home to the world’s sixth-busiest international airport, Charlotte Douglas International, boasts a high-speed light rail known as the LYNX and is in close proximity to several major interstates, all of which helped the city score high in the infrastructure category.

Additionally, Charlotte scored high in amenities thanks to its more than 60 parks, 20 golf courses and seven farmers markets. There are so many ways to get outside and enjoy life in Charlotte, it can be hard to choose just one!

Climate Described in 6 Words or Less: Summers can get HOT.

Quintessential Meal: Whatever the current ‘Burger of the Month’ is at Pinky’s Westside Grill

Favorite Weekend Activity: Hanging out on ‘The Lake’ AKA Lake Norman

After-Work Meetup Spot: Pull up to the patio at The Wine Vault in NoDa and enjoy a glass of pinot.

Beloved Bookstore: Park Road Books has been a Charlotte staple since 1977 and is the city’s only full-service, independent bookstore. Residents can join one of the four in-house book clubs, participate in author events, and find excellent staff picks.

Free Way to Have Fun: Stop and smell the roses — literally — at the McGill Rose Garden, where more than 1,000 rose bushes are planted and bloom from mid-April through November.

Truly Hidden Gem: Charlotte’s 7th Street Parking Garage is unlike any other. Designed by Christopher Janney, the garage uses photoelectric sensors and a sound sampler to make music as a person walks or dances along a set of steps.