Skip to content
Home > Washington > Experiences & Adventures > 8 Things To Do in Washington, D.C.

8 Things To Do in Washington, D.C.

Our nation's capital offers far more activities than just the monuments and museums. 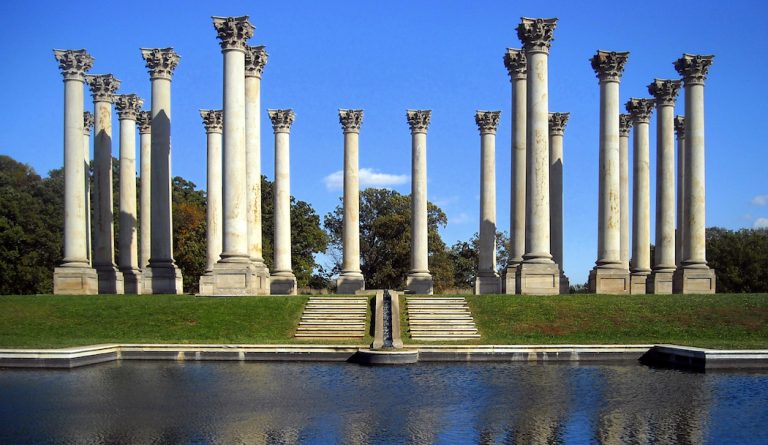 Washington / Courtesy of AgnosticPreachersKid under a CC 3.0 license.

While Washington, D.C. is a bustling city of 690,000, more than 24.6 million people visited it in 2019 — and for good reason. History buffs have long thronged to D.C., but there is far more to it than that — like the fact it’s a top foodie city, or that it has a rising art scene, stimulating museums, loads of sports teams and more. Really, D.C. has something to do for everyone — and we’re here to show you some of our favorites.

Ever seen PBS’ cooking show Made in Spain? Well, the host, José Andrés, has several D.C. restaurants, including the wildly popular barmini. There are plenty of other celebrity chefs to delight your tummy, as well as some great farmer’s market for fresh, local choices and artisanal goods. Or, if you don’t feel like planning your own foodie day out, there is a business built just for you: D.C. Metro Food Tours, which has several options for a variety of budgets and tastes.

2. Visit the Monuments and Memorials

This one is pretty much a given, but if you haven’t been to D.C. before, it is definitely something you need to do. Our recommendation is to start at the Washington Monument — get tickets ahead of time to be guaranteed a spot on the elevator to the top! While there, keep an eye out for the many sports teams playing in the area. Head toward the Reflecting Pool, which is right across the road (17th Street NW). As you walk, be sure to look for the White House — it will be visible on your right.

Once across the street, you’ll hit the National World War II Memorial. If you stick to the right of the Reflecting Pool, you can make a loop around the National Mall, which also has the Lincoln Memorial and the Korean and Vietnam War memorials. From the Korean War memorial, cross the street to the Tidal Basin to see not only gorgeous views, but the beautifully-done FDR, Jefferson and Martin Luther King, Jr. memorials. And always be sure to talk to the National Park Service Rangers — a lot of people tend to ignore them, but they have loads of fascinating information that you wouldn’t find out otherwise. Keep in mind, this route is long — about 4 miles of walking — but is a must-see for DC.

3. Take a Day Trip to a Battlefield

Did you know Gettysburg is a two-hour drive from D.C.? Not only can you let your imagination run wild as you imagine Pickett’s Charge or the Gettysburg Address, you might be able to see a re-enactment. And if you don’t have a car, there are plenty of tour groups to get you there — like Viator.

Want to do a more unique tour in D.C.? If you plan ahead far enough, you can tour the White House itself. Between six months and 21 days in advance, you have to submit a public tour request through your local member of Congress (or through your country’s D.C. embassy if you’re from a foreign country). And then the tour is free!

9 Reasons To Move to Washington, D.C.

Walkability, a burgeoning job market, and an excellent food scene are just a few of the benefits of living in our nation’s capital.

D.C. has more events going on than we could write here, so our advice: Check online to see what is happening on the dates of your trip. You might be able to catch the Cherry Blossom Festival or the Smithsonian Folklife Festival. The last time I was in D.C., I managed to stumble upon the Hawaiian Cultural Festival at the National Museum of the American Indian and a Civil War re-enactment of the Grand Review — so keep your eyes open!

7. Blast Off at the Udvar-Hazy Center

Everyone knows about the National Air and Space Museum in D.C.. Outside of D.C., though, is the Udvar-Hazy Center in Chantilly, Virginia, which truthfully is even cooler than the D.C. NASM. Not only is it significantly newer, but it has some features the other doesn’t (and probably won’t ever) have — because it’s the home of the space shuttle Discovery, which you can walk around and marvel at its size and engineering.

If you’ve ever wanted insight into the real Washington, D.C., this is it.

8. Picnic in the U.S. National Arboretum

Had a long, exciting trip to the D.C. area, and would like to have a more laid-back day? Take a trip out to the National Arboretum. It’s free, has one of the best bonsai collections in the country (including a tree that survived the Hiroshima bombing in 1945!), it’s stunning, and frankly it’s underrated to the point that it’s nowhere near as busy as other sites.