Skip to content
Home > Washington > Where to Live Now > 5 Things Only Locals Know About Washington, D.C.

If you've ever wanted insight into the real Washington, D.C., this is it. 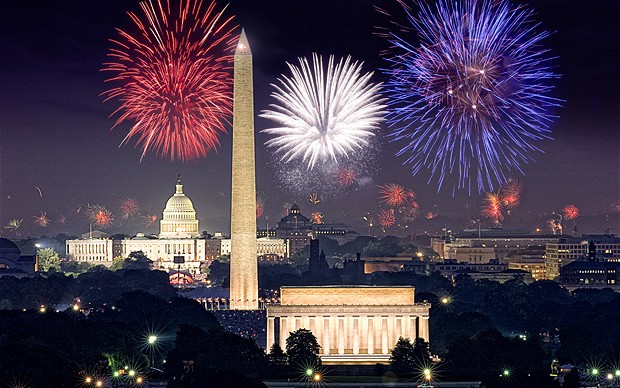 Ok, in all seriousness, there are some things tourists and people new to town just don’t know, which can be a bit exasperating (especially when they block the left side of the Metro escalator) — but hey, everyone was a newbie once, so we do our best to teach them our ways.

For starters, it’s D.C. or The District, not Washington — that’s a state. And the National Mall is not a shopping center, but actually a national park (with a series of very famous monuments). But the major mall for the area is actually found in Pentagon City, which isn’t actually a city; it’s a neighborhood.

Besides all that, this city loves its acronyms. D.C., DoD, FBI, FDA, POTUS (President of the United States), and HH (Happy Hour) are just the start. It’s like speaking in text messages, only smarter-sounding.

Locals don’t visit the famous National Zoo so much, because they know that a lot of the best zoo animals can be watched via webcam. But when they do visit, pandas aren’t the only thing they go for — because they know the naked mole rats are much less appreciated and weirdly funny to watch.

8 Things To Do in Washington, D.C.

Our nation’s capital offers far more activities than just the monuments and museums.

3. How To Actually Get Places

With a Walk Score of 98, D.C. scores big on walkability, but after a day of tromping all over the city, many out-of-towners decide that the Metro is better than walking all the way back to their hotel — which isn’t such a bad idea, in theory. It’s cleaner than many other metros around the world, for instance, but some lines don’t go all the way out to certain areas, and when something inevitably breaks, things start going very wrong. Trying to commute with broken elevators, escalators or with line delays is almost always a constant hassle.

And driving isn’t any better, unless you’re a local, because D.C. is fairly confusing for the debutante. Parking is often outrageously expensive; meter maids swoop in on you all the time; speeding cameras are everywhere; and if you don’t know what quadrant you’re in and which one you want to end in, you can get very lost very fast.

D.C. isn’t super famous for its foodie scene, but there is definitely one thing it does better than anywhere else: brunch. Plus, locals know all the gems they can find around town, like the U Street Taco (not actually a taco, but a huge chili dog cradled by an ever bigger slice of pizza); half smokes (a sort of large, spicy hot dog); and mumbo sauce (like barbecue sauce, but better). Gin rickeys were also invented here, and July is actually Rickey Month.

If you take a stroll near the Washington Monument, you’re nearly guaranteed to see multiple local sports club practicing or playing. But when it comes to professional teams, some definitely do better than others (and are usually more liked than others) — like the Nationals, the Capitals, and the Redskins.

Also, locals know the appropriate interjections to yell during the National Anthem — during a Caps game, locals yell “red” during the line “rocket’s red glare,” in reference to their jersey color and the team’s slogan. They also know that whatever you do, don’t bet on Teddy Roosevelt to win the President’s Race at Nationals Park — losing (or being disqualified) is kind of his shtick.