Mixed-use and retail projects add to quality of life. 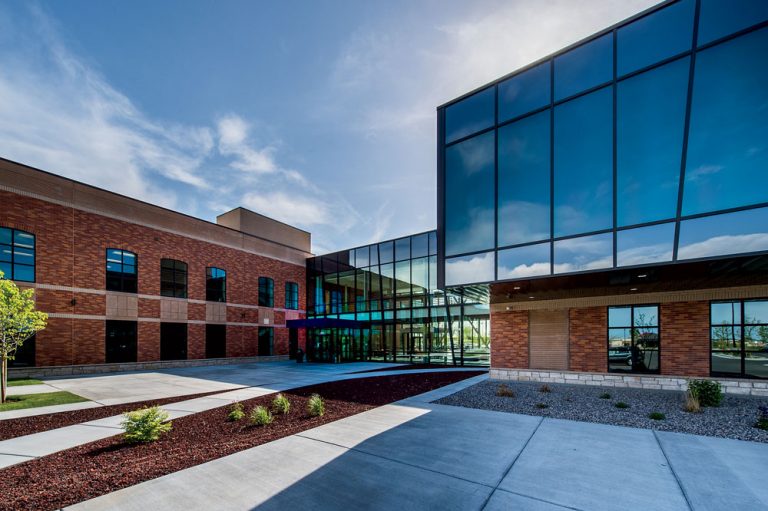 Greater Idaho Falls has two exciting new developments under way – Snake River Landing and Sandcreek Commons – both of which will provide new retail options and recreational amenities once completed.

Meanwhile, Sandcreek Commons is a shopping center in Ammon under construction at the busy intersection of Hitt and Sunnyside roads. The commercial complex serves residents in Idaho Falls and Ammon, and already open are major stores like Cabela’s and Hobby Lobby.

Snake River Landing and Sandcreek Commons are both being developed by Idaho Falls-based Ball Ventures LLC.

“Our owner, Allen Ball, has been involved in construction projects in 14 states, and these two major efforts just happen to be in our own backyard,” says Eric Isom, chief development officer at Ball Ventures. “Allen grew up here, and these projects are allowing him to give back to his community by providing beautiful, functional developments that add to the overall quality of life in Greater Idaho Falls.”

For many years, the property that now houses Snake River Landing was an unsightly gravel mine, so Ball Ventures purchased the land about 10 years ago to develop it. Today, it features great views of the Snake River and is easily accessible from Interstates 15 and 20 as well as Yellowstone Highway.

“There are several Class A office buildings in Snake River Landing, with more than 900 people working for companies such as Curtiss-Wright, Edward Jones Investments, Intel Security and Wells Fargo Private Client Services,” Isom says. “In total, 30 acres in Snake River Landing are dedicated to commercial office space, 130 acres for residential, 100 acres for retail, 60 acres for greenspace and open space, and 100 acres for roads and trails. It’s a project that will take about 20 years to completely fill in.”

Houses range in price from $185,000-$220,000, and a 91-room Home2 Suites by Hilton opened in August 2015. Stevens-Henager College operates a campus here, and a large pier provides a unique vantage point overlooking the Snake River. The pier has already hosted weddings and high school proms, and a 10-acre wild habitat Heritage Park is being planned.

“We are specifically designing this as a wellness community,” Isom says. “For example, there are many walking, jogging and biking opportunities without having to get in your car and drive anywhere.”

Besides Cabela’s and Hobby Lobby at Sandcreek Commons, large grocery store chain Broulim’s Fresh Foods opened a 60,000-square-foot supermarket, and other established tenants at the complex include D.L. Evans Bank, Zions Bank and Wendy’s. Isom estimates Sandcreek Commons will ultimately employ about 1,000 people, and a Phase II is already being planned to eventually include a medical office and some multifamily residences.

“These are the two largest development projects by far occurring in Greater Idaho Falls and probably the entire region,” he says.