8 Reasons to Move to Idaho 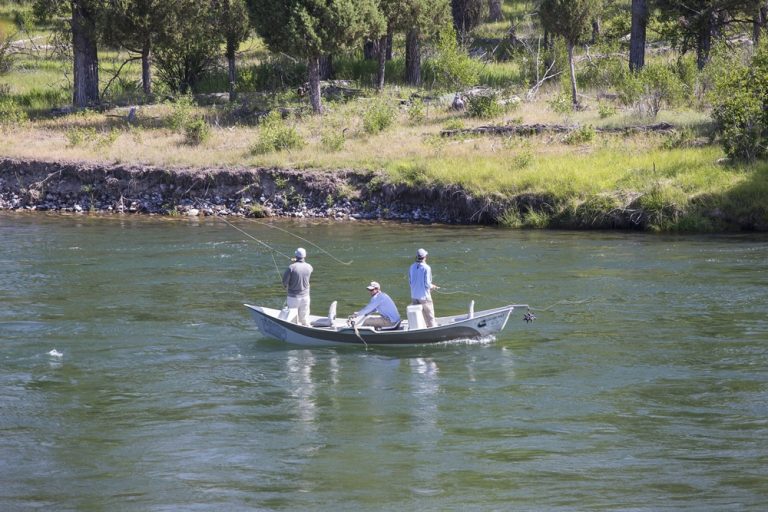 Courtesy of the Bureau of Land Management under a CC 2.0 license.

Although justifiably known for its world-renowned potatoes, Idaho has much more to offer than just its leading agricultural export.

Nestled against the Pacific Northwest states of Washington and Oregon, Idaho offers a scenic mix of rivers, jagged peaks and farmland with the lowest cost of living of the 11 western states. Although the 11th-largest state in terms of size, Idaho ranks 39th in population. Boise, the state capital, has a population of 218,281, but is the only city with a population of more than 100,000.

Idaho has one of the highest percentages of residents participating in outdoor recreation each year, according to a July 2017 industry report. The state is a favorite of whitewater rafters and kayakers, with the middle fork of the Salmon River regarded as one of the nation’s premier wilderness rivers.

In the winter, skiers and snow boarders flock to Idaho’s well-known resorts. World-renowned Sun Valley is home to many Olympic skiers and snowboarders, and also is an official training site for the U.S. Olympic and Paralympic Nordic ski teams. The Sun Valley Nordic & Snowshoe Center has more 25 miles of groomed trails that also are open to the public.

Sandpoint, about 80 miles northeast of Spokane, Wash., has been called one of the best “under the radar” ski towns in the west, thanks to nearby Schweitzer Mountain Resort. In warm weather months, many ski trails provide scenic challenges for mountain bikers of all skill levels. The annual Ride Sun Valley Bike Festival is held in mid-summer. The rugged Sawtooth Wilderness offers 217,000 acres of jagged peaks, alpine lakes and dense forests with numerous camping areas.

Almost every city in Idaho with a population of more than 20,000 has a college or university. Boise State is the largest public university, followed by Idaho State and the University of Idaho. In 2015, Idaho initiated a direct enrollment program designed to get more Idaho high school seniors into college. Idaho’s graduation rate of 84.7 percent ranks in the top third of the 50 states.

Idaho is home to many museums, historical sites and unique off-the-beaten path attractions.

Despite its name, the Bird Aviation Museum and Invention Center is not an aviary. The museum, located in northern Idaho near Sagle within sight of Lake Pend Oreille, is named for its founder Dr. Forrest Bird, an inventor of note and avid aviator. Bird, who became interested in airplane breathing systems while flying during World War II, turned that interest into what is considered the first low-cost mass-produced respirator when it was introduced in 1958. In the 1960s, TV’s Dr. Kildare urged on a weekly basis at critical times to “get the Bird.” The Babybird respirator, introduced in 1970, is credited with greatly reducing infant mortality.

The museum includes a collection of Dr. Bird’s vintage and modified aircraft, as well as the Invention Center, with displays acknowledging many historic and unique inventions and those who created them.

Another unique tour stop is the Old Idaho State Penitentiary in Boise, which housed prisoners beginning as a territorial prison in 1872 up until 1973, when part of the prison was destroyed by fire during a riot.

The site, open year-round, features 30 historic buildings and a variety of exhibits. Visitors can tour the cell blocks, including the isolation area known as “Siberia.” The gallows also is part of the tour.

4. Side Door to Yellowstone

Although the majority of the nearly 3,500-square-mile park is in Wyoming, Yellowstone’s Western Gateway is only about 20 miles from Island Park, Idaho, with its unique 36.8-mile main street. Town history states that in 1947, a stretch of Highway 20 was incorporated as the town of Island Park because state law prohibited the sale of liquor outside the boundaries of an incorporated town.

Island Park also is home to the world’s largest caldera, a depression created after a volcano collapses into itself. The remains of an ancient volcanic eruption form the gigantic Island Park Caldera, which extends 58 miles in one direction and 40 miles in another, stretching into Yellowstone Park.

Although Idaho does not have a major professional sports team, there is no love lost between fans and alumni of Boise State and its iconic blue turf field and the University of Idaho, one-time Division I football rivals who have not met on the field since 2010.

Boise State, which elevated its already successful program to the national spotlight when it capped a perfect season with a wild 43-42 overtime victory over perennial power Oklahoma in the 2007 Fiesta Bowl, won the last 12 games of the series.

With Idaho scheduled to drop from the FBS (Football Bowl Series) down to the FCS (Football Championship Series) following the 2017 season, it is not known when or if the rivalry will be resumed.

That doesn’t stop the arguments.

For those who like their musical menu served in a festival setting, Idaho has several gatherings to appeal to a wide range of music fans

The Treefort Music Festival brings about 400 musical acts of all genres to Boise over a five-day span in March. The festival has grown to include more than just music, adding art, technology, storytelling and beer brewing.

The three-day Mountain Home Music Festival had a lineup featuring some of country’s biggest names – including Luke Bryan, Keith Urban and Chris Stapleton – for the rural setting about 30 minutes from Mountain Home, Idaho in 2017. However, severe storms canceled Urban’s headliner performance on Friday. Attendance was down from its first two years, so there appears to be some uncertainty as to whether the festival will continue.

The Festival at Sandpoint runs over an 11-day span in August on the shore of Lake Pend Oreille. Artists for the 35th festival in 2017 included country star Jake Owen and classic rocker George Thorogood. Artists in recent years include Emmylou Harris, Wilco, Huey Lewis & the News, Alison Krauss & Union Station and Brandie Carlile.

Gaining rapid national attention is the annual Braun Brothers Reunion held in Challis in August. The festival features Texas and Americana music hosted by the Braun family – which includes four brothers and their father, Muzzie.

Two of the Braun brothers, Willy and Cody, are in the Texas-based band Reckless Kelly, while brothers Mickey and Gary are members of Mickey and the Motorcars, also an Austin, Texas band. From a one-day record release party in Stanley, Idaho in 1979, the event has grown into a three-day affair with recent guest musicians such as Jack Ingram, Old 97s, the Turnpike Troubadours, Alejandro Escovedo and Hayes Carll.

For those who want instruction or a little help, a wide range of fly fishing guides and organized trips are available.

Several surveys list Idaho as one of the most favorable states for job seekers. A U.S.News report in 2017 listed Idaho 13th overall, and eighth in job growth and 10th in low unemployment rate. CNBC ranked Idaho fourth in its report, “Top states to find a job in America in 2017.” In the listing, “Best States For Future Job Growth,” Idaho was ranked No. 9 by Forbes.