Why Bethesda MD Is a Best Place to Live

A suburb of Washington, D.C., this community has its own special attractions 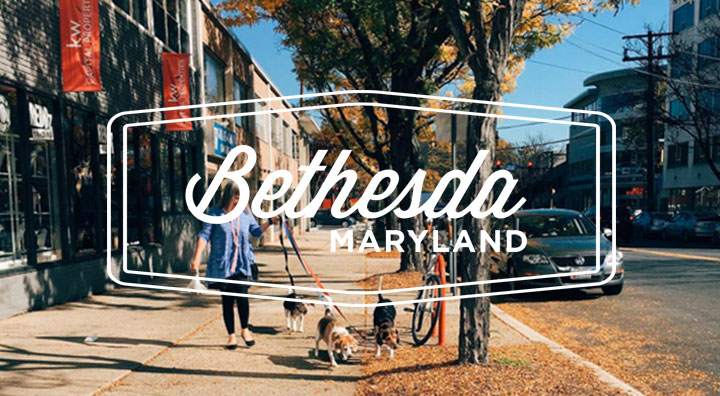 Its location just a commuter-rail ride from the nation’s capital, has made Bethesda, Md., a popular community for many of Washington’s elite, so it’s not surprising that this is one of the best-educated, wealthiest places in America. But Bethesda has a vibe all its own that helped land it among our ranking Best Places to Live in 2016.

More than 83 percent of Bethesda’s 60,000 residents have a bachelor’s degree, and 53 percent have graduate or professional education. Incomes, predictably, are also high; the median household income is $133,000. A number of business and government headquarters are located here, among them The National Institutes of Health, Marriott, Lockheed Martin and Walter Reed.

COLLEGE CREDIT: See where Bethesda ranks as one of the Best Cities for College Grads.

Statistics aside, this is a community that enjoys a lively downtown, supports the arts and whose members care for one another.

“Our proximity to D.C. gives us a lot of access to rich community amenities, aside from the many we have in Bethesda, and they are all accessible by Metro.â€ says Ken Hartman, regional services director for Montgomery County, which governs the unincorporated city. “We’re a single-family city, a walkable city, a fantastic place to live.”

Bethesda scored high on our livability ranking for its civic and social capital. Residents are involved in any number of charitable and nonprofit activities, and volunteerism is high. One big success is the “villagesâ€ that have sprung up to help Bethesda’s seniors age in place.

“We have a high number of people who have been here a long time and want to stay here,â€ Hartman says. “So about eight years ago a group of people came to me who were eager to start a ‘village’ similar to one in Boston that matches volunteers to help seniors with transportation, chores, social activities and so on. We provided some grant funding, and now we have a dozen villages in our area that in Bethesda and Chevy Chase affect thousands of people.”

NEED A REASON? Here’s 10 Reasons to Move to Bethesda, MD.

The area’s demographics also received high marks. While Bethesda has a higher than average proportion of Caucasian residents, diversity is something to which community leaders pay attention, Hartman says, particularly when it comes to housing.

“By county law, 12.5 percent of new housing must be made available to people at 60 percent of median income, and we are also constructing housing for the formerly homeless, making sure that when new buildings are built in Bethesda that housing is affordable to people of all incomes,â€ Hartman says, adding, “That’s hard, because the market is so hot and the area is so desirable, especially because of our schools.”

The Bethesda Urban Partnership, which operates cooperatively with, but independently of, county government, does much to make Bethesda a great place to live, maintaining attractive downtown landscaping, hosting festivals and special events, and supporting a wide variety of arts initiatives in a lively state-designated Arts and Entertainment District.

SMOKING: Find out where Bethesda ranked as a Best BBQ City.

Taste of Bethesda each October, featuring 60 or so local restaurants, enhances the city’s reputation as a celebrated dining destination and draws 40,000 people. The city is also home to the annual Bernard/Ebb Songwriting Awards, which offers a $10,000 prize for the best composition. Galleries and artists’ studios are a downtown draw, and four theater companies compete in Play in a Day, an engaging annual contest to cast, rehearse and perform a play within 24 hours.

We’re a single-family city, a walkable city, a fantastic place to live.”