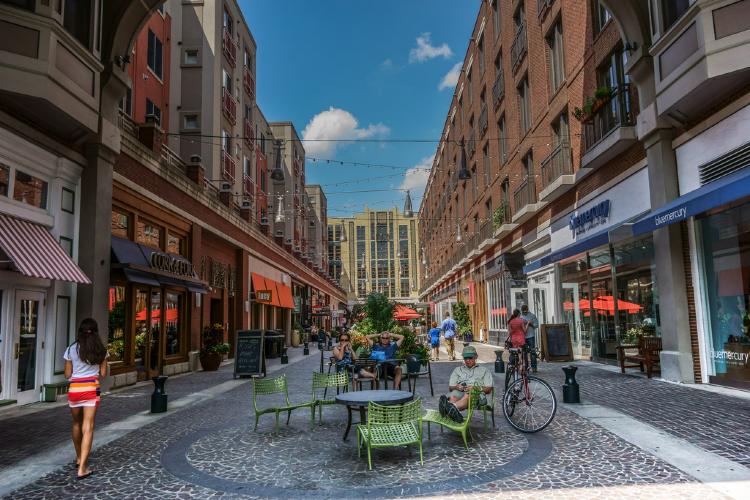 The vast job opportunities and entertainment options found in Bethesda, Md., provide young job seekers with great potential to start a career in a dynamic community. Considered a Washington, D.C., suburb, Bethesda has its own downtown with a workforce of more than 43,000 people and a collection of bars, ethnic restaurants, boutique shops, home decor stores and arts venues. Many residents here walk, bike or rely on public transportation to get to work. A Metro station in downtown Bethesda connects the community with the rest of the D.C. area, while the free Bethesda Circulator, a shuttle bus, makes getting around the downtown area easy.

Bethesda has the lowest unemployment rate (1.3 percent) on our list of the Top 10 Best Cities for New College Grads. In this highly educated area, more than 83 percent of all residents between the ages of 25 and 34 have at least a bachelor’s degree. Some of the leading research facilities in the country are located in Bethesda, including the National Institutes of Health, the Centers for Advanced Orthopaedics, Lockheed Martin and IBM. The majority of residents here make more than $130,000 a year. Although there are fewer rental properties in Bethesda when compared to other cities on our list, young newcomers shouldn’t have a problem finding a trendy, hip apartment loaded with amenities like a pool, workout room and tennis courts.