Discover the lakeshore lifestyle in any of these idyllic locations. 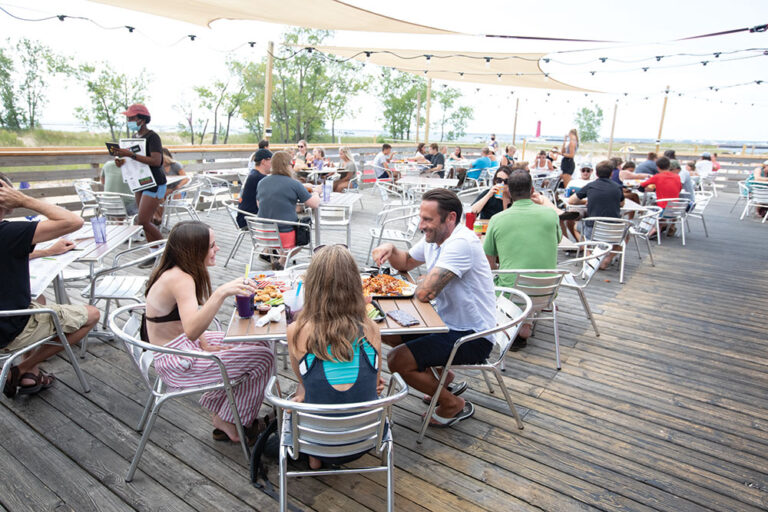 The people who reside here are living the good (actually, make that the best) life, thanks to the affordable housing options, a large supply of job opportunities (a number of global companies call the region home), and a plethora of recreation options.>

Plus, tourists never want to leave the region once they’ve been introduced to Lake Michigan, the list of must-try local restaurants sprinkled throughout the communities and the area’s numerous outdoor recreation options (think kayaking, golfing, fishing, etc.).>

Ready to dig a little deeper into each community? 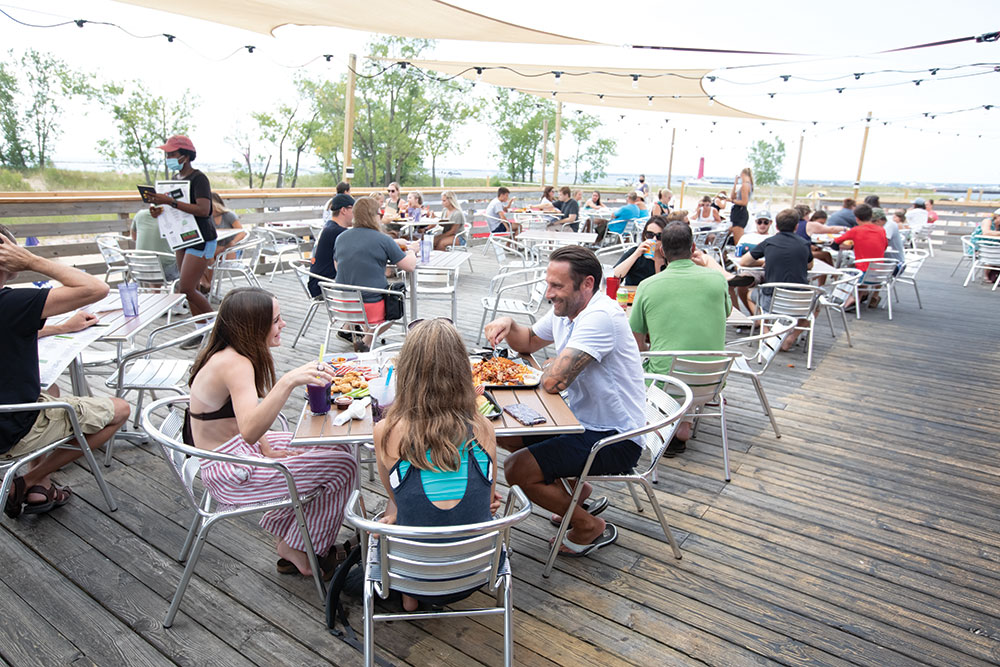 The economic and recreational hub of West Michigan, Muskegon delivers a slew of quality-of-life advantages that make residents stay and tourists never want to go home.

Think four distinct seasons (warm summers, crisp falls, chilly winters and breezy springs), great schools, several parks and recreation along the Lake Michigan coastline. Plus, people of all ages, from millennials and young professionals to empty nesters and retirees, are drawn to Muskegon’s downtown, and residents rave about the plethora of annual events.

A new $20 million convention center opened downtown in the spring of 2021.

Its motto “City of Friendly People” sums up Muskegon Heights perfectly. Not only are residents and visitors met with a warm welcome, but the community is home to several national and internationally recognized businesses.

One of the community’s prize cultural attractions is the James Jackson Museum of African American History. 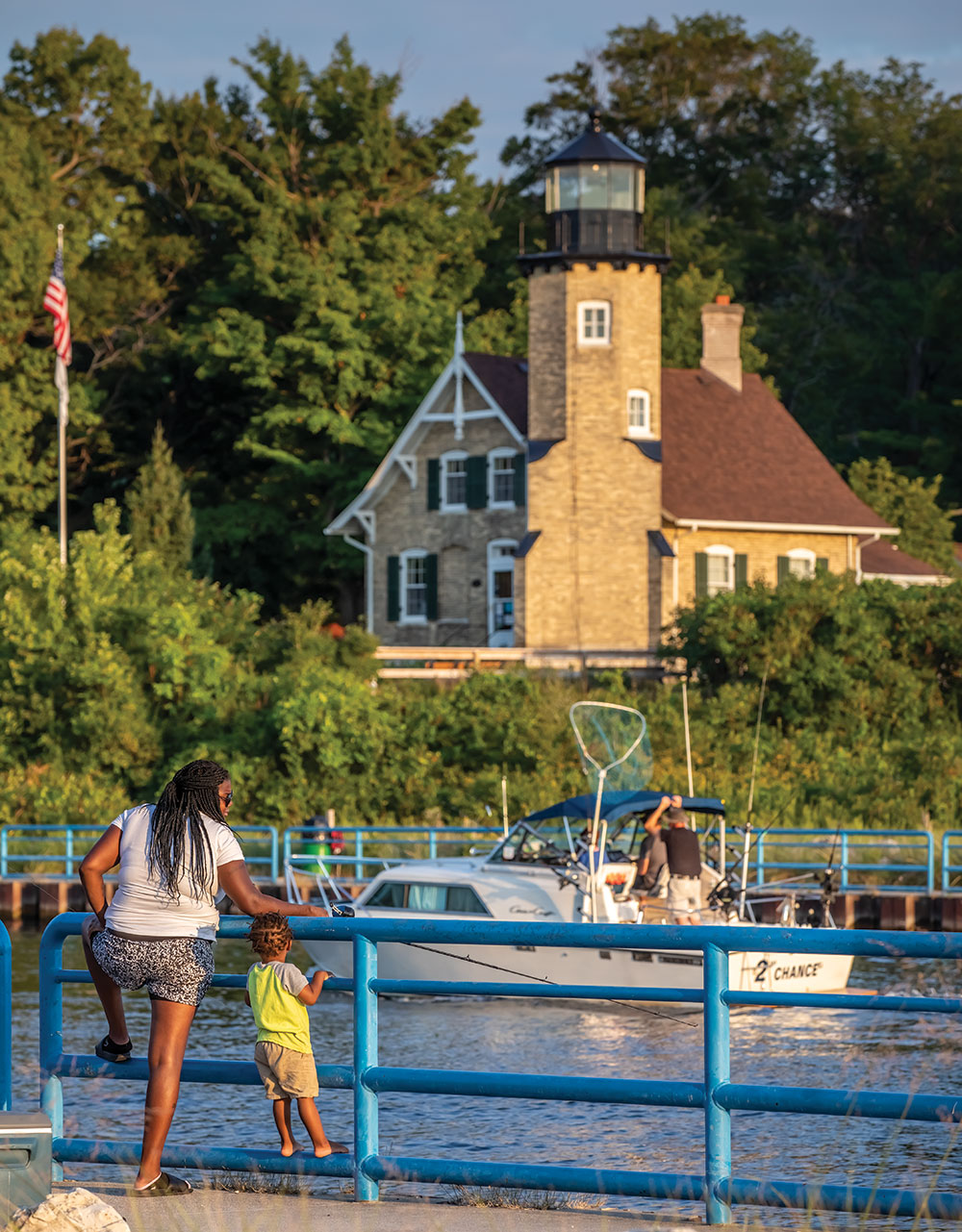 Along the shores of scenic White Lake and home to what is billed as the World’s Largest Working Weathervane is Montague, a diverse city with beautiful scenery, from its rolling hills and marshes to its gleaming lakes and luscious forests.

A quaint downtown shopping district features the must-visit Lipka’s Old Fashioned Soda Fountain. Outdoor attractions include two golf courses, marinas, a yacht club, canoe liveries and Trailway Campground, a park for recreational vehicles. Plus, have your sneakers handy because Hart-Montague Trail offers 24 miles of paved track for walking, running and biking. Montague Area Public Schools is one of the top-rated districts in Michigan.

Set along Lake Michigan, Norton Shores is known for its outdoor recreation and beautiful scenery, with natural attractions such as Black Lake, Mona Lake and P.J. Hoffmaster State Park.

Norton Shores is business friendly and has a low tax rate, including no income tax for people working in the city. Plus, the community is home to three excellent school districts. And new to Norton Shores is Mercy Health’s $40 million, 40,000-square-foot ambulatory care facility. 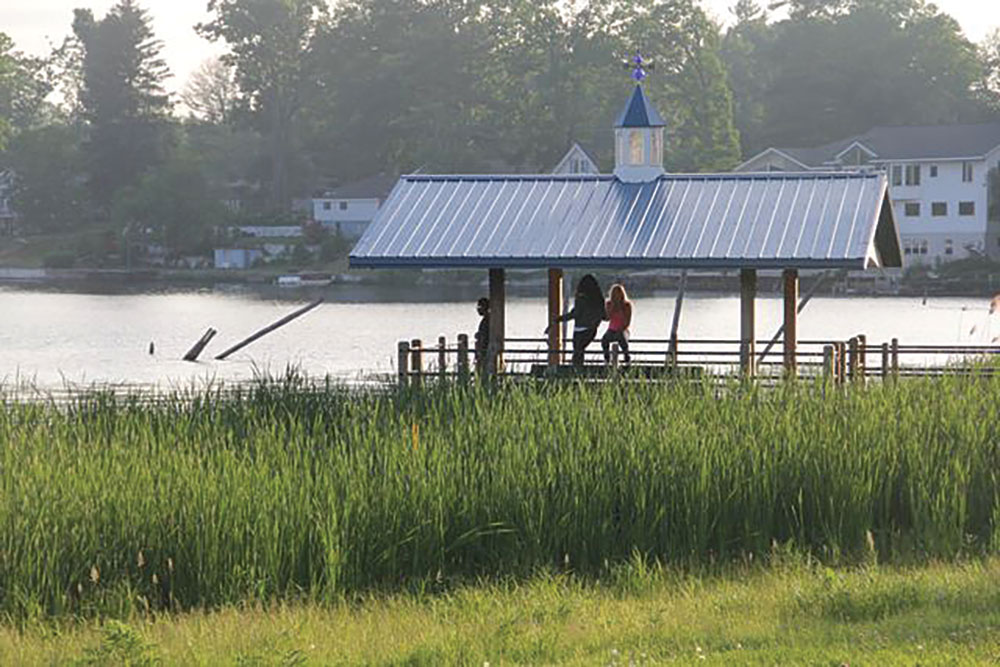 Within Fruitport Charter Township is Fruitport, a village whose high school athletic programs are often on the hunt for state titles. Originally named Crawville, Fruitport is situated in the middle of a fertile fruit-growing area.

The city’s Sheringer Soccer Complex hosts a number of regional and statewide tournaments, and residents and visitors are drawn to the beautiful Pomona Park and Spring Lake.

Want Lakeside Living for a Bargain? Check Out This City

Head to West Michigan, where the Muskegon Lakeshore offers a blend of affordable housing options.

Housed between Muskegon Lake and Bear Lake is North Muskegon, a popular vacation spot with sandy beaches, bike trails and beautiful forestland. The community, where the median family income tops $70,000, offers students high-ranking schools, and the Lincoln Golf Club is a favorite among local golfers. 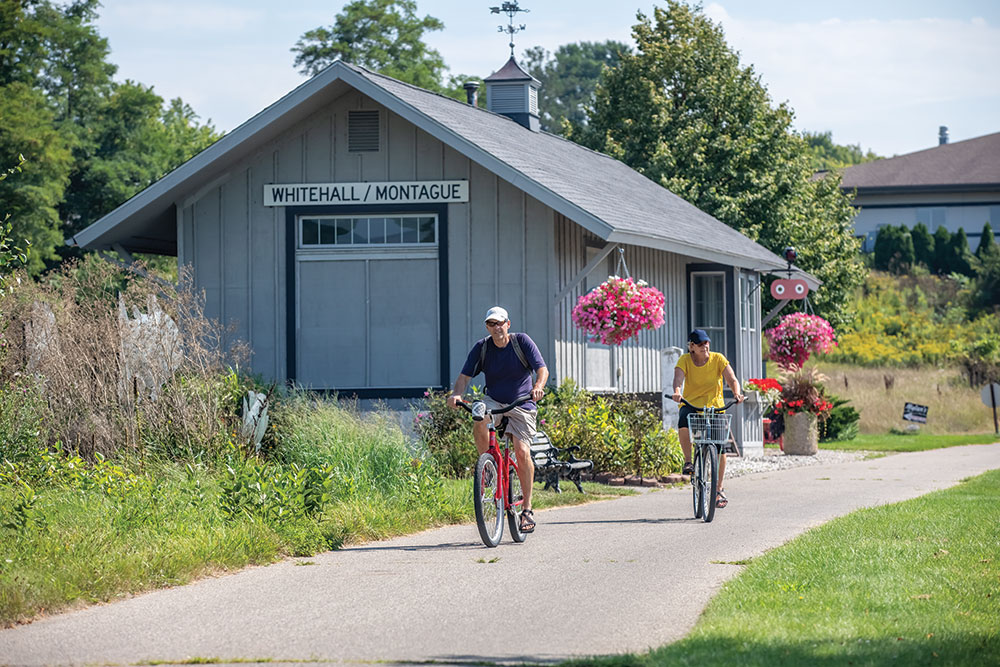 The works of famed architect Frank Lloyd Wright can still be seen in Whitehall today, including a house and three cottages. Plus, right in residents’ backyards are cultural attractions, such as The Playhouse at White Lake, a theater presenting fine arts and entertainment, and Nuveen Center, which engages the community with the arts.

Duck Lake State Park and White Lake Golf Club are popular recreation options. The White River courses through the city, creating breathtaking landscapes and making snapping a photo in front of White River Lighthouse a must for visitors.

Whitehall, incorporated in 1942, enjoyed a robust lumber industry that highlighted much of its early history.

Established in 1967, Lakewood Club is home to about 1,300 residents and features a population whose median age is only 32 years old. The community has a lively downtown with independent stores and restaurants. Fox Lake is a top draw and includes a public park on the waterfront, where several events are held throughout the year.

Though only one square mile in size, Roosevelt Park packs a lot within its borders. The community boasts nine parks. Plus, take a drive through this cozy city, and you’ll soon notice the houses are in tip-top shape, as residents pride themselves on the condition of their homes. Plus, the city hosts the Roosevelt Park Day festival each summer, with music, food and a parade.

Casnovia, which houses 320 residents, is located in both Muskegon and Kent counties. The village is known for its cherry, peach and apple trees as well as its fields of corn, wheat, soybeans and hay. Outdoor enthusiasts flock to the community during warm-weather months to enjoy boating, swimming and fishing opportunities on Half Moon Lake, which is easily reachable off Highway 37.