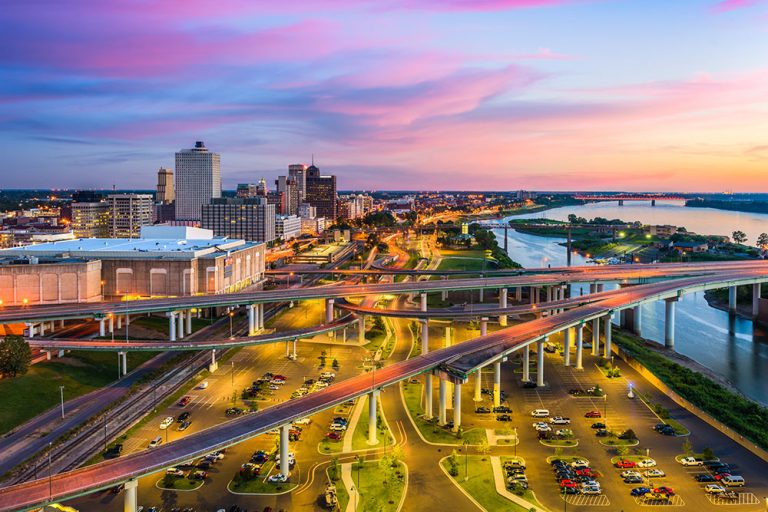 As home prices surge and salaries have largely stagnated, the old American dream of owning a house has been put on the back burner for many. You may feel like you’ll be shelling out rent money forever, but there is hope!

HowMuch.net recently released an infographic depicting how much it costs to buy a home in some of the nation’s top cities. While some of the major cities are indeed prohibitively expensive (you’ll need to earn a staggering $213,000+ a year to afford a home in notoriously pricey San Francisco), some of the smaller cities on the map are still accessible to people who aren’t pulling in six-figure incomes (AKA most of us).

Assuming a 20% downpayment, researchers determined how much someone would need to make per year to purchase a median-price home while only spending 28% of their income on house payments. Without further ado, here are the five cities where $50k/year can buy you a house.

Forget $50,000; to purchase a house in Pittsburgh, PA, you need an annual salary of $38,253 a year. Pittsburgh may not traditionally be seen as a “hipâ€ city, but we beg to differ. The Steel City is also a smart city, with a burgeoning tech scene and more than 30 colleges and universities, including the University of Pittsburgh and the prestigious Carnegie Mellon University.

Pittsburgh also recently landed on our list of cities with the most freebies, and what’s cooler than free things? Residents enjoy some of the best views in the world free of charge at Mount Washington and the Allegheny Observatory, while incredible Farmers Markets and free movies keep them occupied in the summer.

Not only can you snag a house on an income of just $44,610 a year here, but you can also start your own business here, too. With its proximity to Fortune 500 companies and its elaborate StartupCincy network of accelerators, incubators, and investors, Cincinnati has been recognized as one of the best places to start a business right now.

8 Reasons to Move to Cincinnati, OH

Plus, its food scene has evolved and has so much more to offer than the city’s signature chili. James Beard award-winning chef Jose Salazar has introduced delicious tapas to the local menu at Mita’s, while other noteworthy restaurants include Bauer European Farm Kitchen for German food and Eighth & English for its raw bar.

To call a house your own in Buffalo, NY, you’ll need to make just $43,304 a year. That’s not a bad trade-off at all considering how cool this city is. Said to have influenced design across the world, Buffalo’s architecture is unmatched in the country, and touts seven structures designed by the one and only Frank Lloyd Wright.

Millions flock to Buffalo each year to see Niagara Falls, but what many don’t know is that this city might be considered America’s pizza capital. In fact, Buffalo has its own style of pizza that’s a mix between Detroit and New York styles, and the city has more than 600(!) delicious pizzarias to choose from.

In St. Louis, a salary of $44,957 yearly will get you where you need to be to purchase a slice of the American dream. Affordable housing aside, St. Louis’ cool factor comes from its reputation as a beer destination and its burgeoning tech and startup scene. St. Louis liked craft beer before it was cool, and more than 15 breweries, including the Anheuser-Busch Brewery, pump out delicious brews here.

11 Reasons to Start a Business in St. Louis Right Now

Like Cincinnati, St. Louis has also made a name for itself in the startup world, landing a spot on our list of Up-and-Coming Tech Hotspots. Downtown St. Louis is surging with tech incubators and co-working spaces, and more than $1 billion in venture capital investments since 2013.

While you won’t be able to afford to live at Graceland, a salary of $43,023 a year will be enough in this blues city to purchase your very own home. Memphis is evolving, and the city’s affordability and culture have been attracting an influx of millennials, bringing life back to this historic city.

Memphis, TN – The New Southern Hotspot to Live and Work

An abundance of great food and musically-infused history bring endless things to do and an overall cool vibe to the city. Sun Studio (where Elvis got his start) is here, and the music scene is still growing today. Memphis nightlife is unmatched, and it’s not just on Beale Street – you can find incredible live music on pretty much every corner.