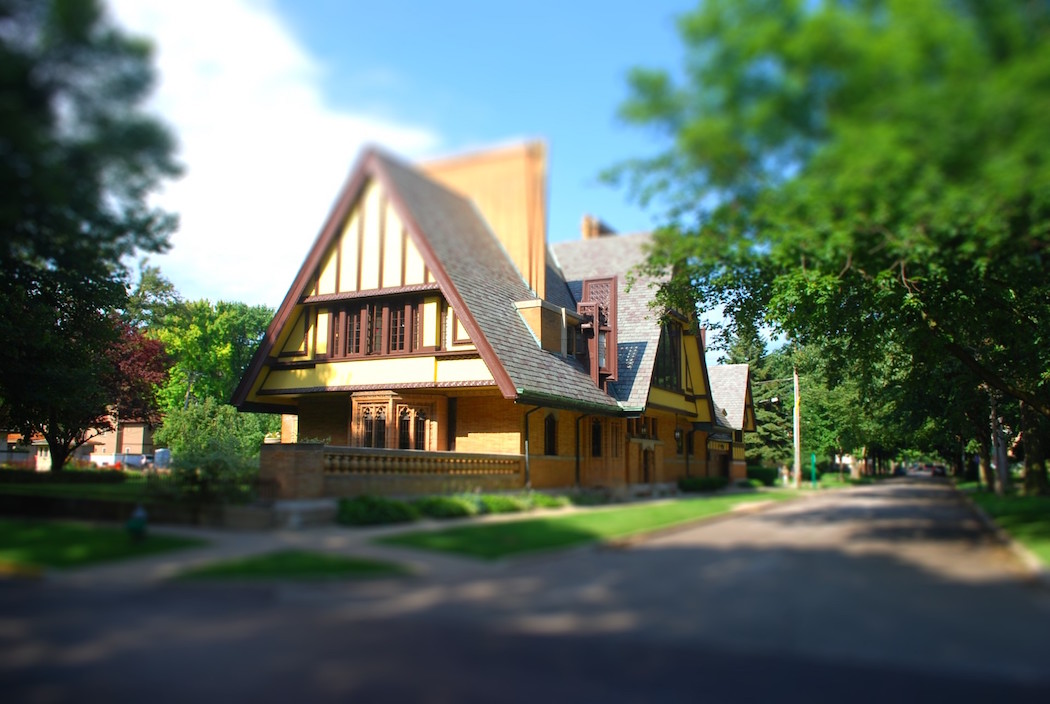 Courtesy of clarkmaxwell under a CC 4.0 license.

The crossing guards are busy in Oak Park. IL. Its dense collection of single-family homes, often with apartments at the end of the block, mean that the blocks are short and kids can easily walk to school. In the morning, parents stream from the elementary school drop-off to one of three commuter train lines that connect this “streetcar suburb” to downtown Chicago, a mere eight miles away. The open front yards (combined with fenced-in back yards) mean that the kids congregate in front of the houses. When spring comes, it’s marked not just by the appearance of flowers but of baseball bats, balls, scooters and bikes are strewn around neighborhood.

For these reasons, and many more, Oak Park, IL is one of our Best Cities to Raise a Family.

12 Reasons to Move to the Chicago Area

The Village’s public schools are all rated highly by Great Schools. The parochial and private schools compete for attention with the solid public school system, making them an alternative, not an escape. A network of public and private programs provide pre-school and after-school care. The award-winning park district provides classes and programs for kids of all ages, ranging from swimming to archery. Most of the parks have field houses with bathrooms, and shaded areas for kids to play and parents to socialize. Public pools are a frequent destination in summer. In addition, most restaurants feature kids’ menus, many with kids-eat-free nights. The excellent local children’s bookstores (such as Magic Tree) and toys stores (such as Gepetto’s Toy Box) feature programing and events to keep the kids entertained. The main library and neighborhood branches also have engaging children’s areas and tailored programming.

Finally, Oak Park is more affordable and diverse than many of its neighboring suburbs, making it a relative bargain for a transit-connected, suburb with great schools.