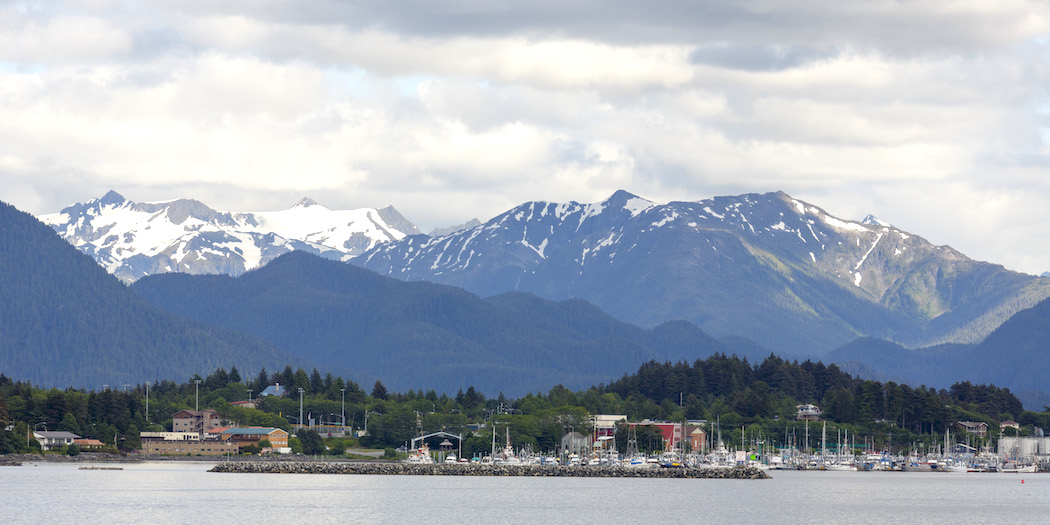 Before it was called Sitka, the city-borough on Alaska’s Panhandle was named New Arkhangeisk, or New Archangel, a fitting moniker for a town with unparalleled natural beauty. Located on Baranof Island, Sitka offers sweeping, majestic views of the Pacific Ocean. Visitors are often taken aback to see eagles flying overhead or whales surfacing in the nearby waters, but for Sitka residents, it’s simply a way of life. The wilderness of the Tongass National Forest is just minutes from downtown. This daily commune with nature is one of the reasons we voted Sitka one of the 10 Best Small Towns in America.

While Sitka’s population tops out at a little over 8,000, the actual land area of Sitka is nearly 3,000 miles, making it in effect the largest city-borough in the country – a fact that still takes some getting used to once you realize that Sitka only has two stoplights. All this land gives Sitka residents plenty of places to play – and hike, and fish and bike and boat. A series of biking and hiking trails wind through the forest, and the cool waters off Sitka Sound offer eager anglers the chance at Alaska king salmon, Pacific halibut, Alaska rockfish and Ling Cod among other species. You’d probably guess that Sitka’s restaurant scene would be a seafood lover’s dream, and you’d be right. Fresh seafood dishes dot the menus of just about every eatery in Sitka, but the city-borough also boasts several Asian-fusion and Greek restaurants. Sitka’s food scene also capitalizes on easy access to large game, such as moose, caribou and elk, and of course reindeer, which is an Alaskan speciality. The downtown restaurant Reindeer Redhots, for example, is famous for its reindeer meat hotdogs.

One of the Best Reasons to Move to Alaska: The Views of Auroras and Meteor Showers

Even though tourism has become a major part of Sitka’s economy – some 100,000 cruise ship passengers visit the city-borough each year – Sitka has been able to retain its uniquely Alaskan culture and heritage. For instance, the year begins with a traditional Russian Christmas celebration which recognizes the city’s Russian heritage. Each March, the town honors the backbone of its economy – fishing – with a traditional Blessing of the Fleet. Summer brings arts, crafts and music festivals, including the Sitka Summer Music Festival, a series of concerts at Harrigan Centennial Hall, and in October, the city-borough celebrates Alaska Day to commemorate Alaska transferring from Russian rule to the United States.