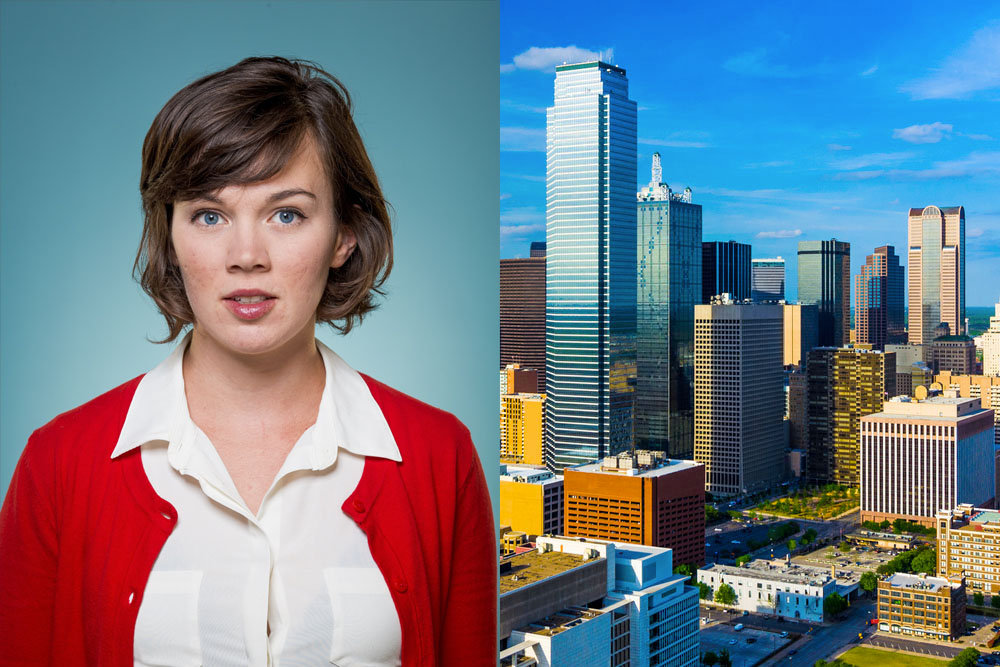 How long did you live in LA? 7 years

Where did you move? Dallas, Texas

I had $5,000 in credit card debt with no foreseeable way out, disagreements with roommates, problems with friends and I was partying way too much. In short, I needed a break. So I moved to Dallas!

What’s the difference in your rent/mortgage payment in LA vs. your new city?

I paid $750 a month for the smallest bedroom in a three-bedroom house in LA. In Dallas, I paid $900 for a studio shared with a then-boyfriend, so rent was around $450.

I went from working freelance to a salaried job. To be honest, I actually feel like I have more freedom to be creative individually because I’m not stressing about money and taking every single job because I have to. There’s so much less general collaboration with others, though. I’m definitely not part of a team or connected to a creative system in the same way, but I feel so much more able to focus on my personal goals.

Also, I have the time, money and energy to focus on all the other things I put on the backburner: I’ve gotten in shape, learned how to cook, created a wardrobe that works for me, read a million books, traveled, etc.

What’s something creative you’ve been able to do in Dallas that may not have happened in LA?

I wouldn’t have the time or energy to work on my nonfiction essays. I’ve been able to work on my plays so much more, but have stalled out without easy access to actors to read them out loud.

The culture. I miss being in a culture of “permission” vs “restriction.”

Tell us something surprising about Dallas that people may not realize.

You have to try Scalini’s Italian! It’s a hole-in-the-wall, super-old place where you can bring your own bottle. The tiramisu is so delicious, I usually order two! Also, there are a surprising number of former “Bachelor”/ ”Bachelorette” contestants here. I’ve seen, like, five! I never saw anyone famous in LA.