The Real Deal About Real Estate in Palo Alto, CA

It's one of the best places to live in America, so what's it actually like to own a home there? We decided to investigate. 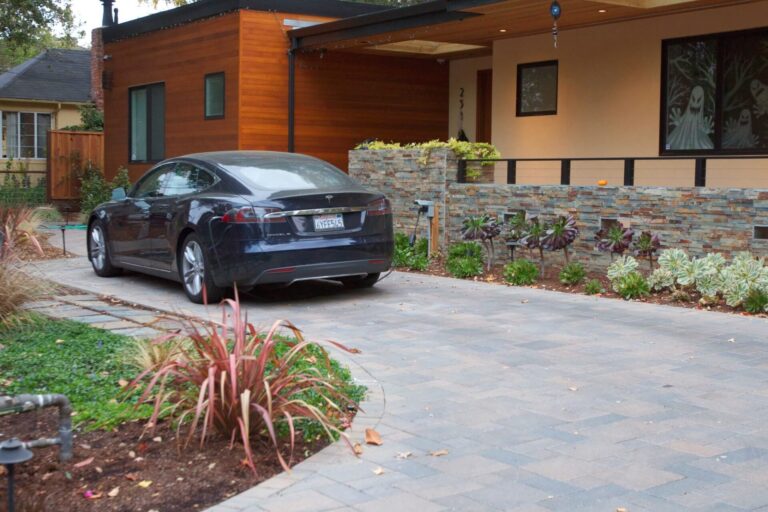 I landed at San Jose airport, picked up my rental and headed north up the 101 just after pulling off the expressway I had my first Tesla sighting. Tesla, the electric car company, is headquartered here, and you see the cars driving and charging all over town.

Palo Alto has taken a few unusual steps in its quest to be a green city. One, it owns its own electric utility, which allows it to better control its carbon footprint and also generates revenue along with power for the city. Second, the city recently mandated that all new construction homes have car-charging ports built right in. Many homes have already retrofitted to accommodate the power needs of the cars either in their garages or driveways.

Teslas, like the homes they park in front of, aren’t cheap. The first reaction I get when I say that Livability named Palo Alto the best place to live is: “I guess cost of living wasn’t a factor.” It’s a very valid point. The cost of entry into Palo Alto is unreal and casts the entire city of 60,000 a bit of a luxury good. I spent two hours touring the city from a home buyer’s perspective. Leannah Hunt and her daughter Laurel Robinson are realtors with Sereno Group Real Estate and agreed to show off the town they have called home for decades.

Laurel grew up here, left for college in southern California but came back north to raise her own family. Her mother is clearly happy to have her back but credits Palo Alto and all it offers. We’ll talk about that more, but back to the real estate prices. To buy into Palo Alto you might, if you’re lucky, find a three-bedroom/two-bath home (under 1,500 square feet) listed for $1.3 million. Problem is, it will get multiple bids and likely wind up more like $1.6 million. This will often become a tear-down. We’re not talking about mansions here. We’re talking about 1950s mid-century tract homes built by architects like Eichler or Stern and Price. Which isn’t to say there aren’t larger homes available in Palo Alto.

A tour is a who’s who of tech celebrities mixed in with the rich and famous from other walks of life. We drove by the home of former San Francisco 49er quarterback Steve Young, and an author and a woman with a food empire. We saw homes owned at various points by heirs to the Levi Strauss family. But today, it’s really about the tech entrepreneurs. Hewlett Packard started in a garage here, after all. Marissa Mayer, now the CEO of Yahoo, lives not far from that fabled garage. So does Marc Andreessen, whose success from the Netscape Web browser helped launch the whole dotcom era. For a multimedia tour of these amazing homes, see our interactive Palo Alto tour. If you want to live across from the home owned by the family of the late Apple founder Steve Jobs, a 28,000-square-foot lot is on the market for $12 million.

Other dotcom moguls like Google’s Larry Page and Mark Zuckerberg have purchased multiple lots to ensure their privacy. Zuckerberg bought and then leased several houses back to his neighbors, so he could control the lots in the future but still let the existing families live there. Page bought up the land around his historic home, the Pedro de Lemos hacienda, and is building a more modern home there for his family. I want to say a couple of things about this. First, it wasn’t always this way. Hunt describes the area as having been more middle-class and upper-middle class as recently as 15-years ago. The recession didn’t really touch Palo Alto. One realtor advertised in a local magazine in 2011 – not a hot market nationwide – that he had closed more than 50 home sales for a total of $275 million.

Palo Alto: One of the 10 Best Places to Raise a Family

Now it’s pretty much all upper-upper-middle class and above. The exception to that, in some ways, are the older residents who have been here for decades. They might have moved in when prices were more down-to-Earth and now find their homes to be worth millions. That’s just not necessarily liquid net worth. More and more, Hunt says, those seniors aren’t looking to move to Colorado or the Carolinas as in previous generations. They are looking to stay in their homes through retirement and are adding elevators and making other alterations to make them more accessible as they grow older.

The bigger point I want to make is that the CEOs and millionaires and billionaires who live here clearly do so because they want to be part of a community, not withdraw from it. You don’t put a 1-ton pumpkin in your yard, or dress in costume and hand out goodies to trick-or-treaters in some of the other enclaves of the rich and famous. These aren’t multiacre estates walled-off from the streets or penthouse units with private elevators in doorman buildings. These aren’t gated communities with guards and guest lists. These residents drive their own cars and bike their kids to the local public school. They walk to the nearby restaurants. By all accounts they engage. And that’s why Palo Alto is atop our list. At the end of the day if you live here, you are part of an actual community. It’s a community with a hefty price tag, but if you can afford it, that’s priceless.

For more on Palo Alto, see our multimedia tour with photos, videos, audio and more.