These Maryland cities offer affordable living to even the most budget-conscious of residents. 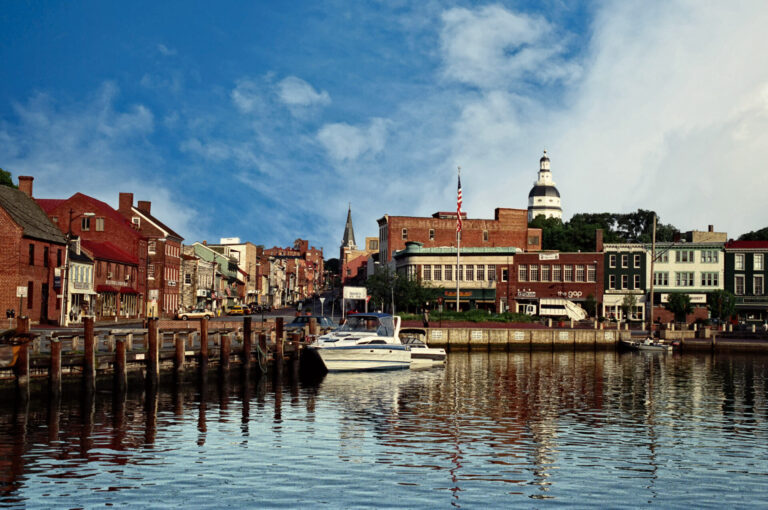 Although Maryland‘s convenient location near popular places (like Washington, D.C., and Philadelphia, Pa.) heavily contributes to its status as one of the country’s best places to live, its low cost of living also comes into play. As a result, the state is a top spot for young professionals, families and retirees looking to live the good life on a budget.

Intrigued? Below you’ll find the five most affordable cities in the Old Line State, but please keep in mind: These cities aren’t necessarily just the cheapest places in the state. Instead, we looked at the average cost of living, as well as key components such as transportation, housing, dining options and utilities. From this, we looked for cities that offered a nice balance between affordability and quality of life. Check ’em out:

Want to live on the water without breaking the bank? If so, Annapolis – the state’s capital city – is the place for you.

Located on Chesapeake Bay, Annapolis offers opportunities for water-based activities like sailing, fishing, kayaking and paddleboarding. In addition, the city is home to the U.S. Naval Academy as well as a historic downtown area packed with restaurants, shops, art galleries, museums and other attractions.

Annapolis also lays claim to St. John’s College, which is the third-oldest college in the U.S. and adds to the community’s historic vibe.

Annapolis’ many advantages come at an affordable price: The median home value is $374,500; while the median household income is $75,320.

Conveniently situated less than 20 miles from Washington, D.C., Gaithersburg is the third-largest city in Maryland. The community’s affordability makes it a great choice for D.C. workers looking to escape the capital city’s high prices, with Gaithersburg’s median home value coming in at $363,800 and its median household income at $78,441.

The city has several headquarters facilities, including Sodexo’s North American headquarters, and it is home to Kentlands, which is one of the first new urbanist developments in the U.S.

When it comes to outdoor activities, Gaithersburg residents have easy access to the 6,300-acre Seneca Creek State Park that includes several miles of hiking and biking trails, plus a 90-acre lake.

The community is also a cultural hotspot as it is home to dozens of museums and art galleries, as well as the Maryland Theatre and the Maryland Symphony Orchestra. Locals can also enjoy the area’s outdoor offerings, such as the 50-acre Hagerstown City Park and The Greens at Hamilton Run golf course.

With a median household income of $38,080 and a very reasonable median home price of $151,000 – well-below the state average – Hagerstown is highly affordable.

Greenbelt is another Washington, D.C, suburb as it’s less than 15 miles from the capital city. The community is the intersecting point for four major highways, including the Baltimore-Washington Parkway and the Capital Beltway, so it’s easy for residents to quickly travel to cities in the surrounding metropolitan area.

In addition to convenient access to nearby amenities, Greenbelt offers an affordable lifestyle. The city’s median household income is $62,685, and its median home price is $191,100.

Within the city limits, residents can take advantage of the many recreational opportunities available, such as two recreation centers, an indoor and outdoor swimming pool, a fitness center, 23 playgrounds, several community parks and the 1,100-acre Greenbelt National Park.

Frederick bills itself as a “hip and historic” destination, and it’s easy to see why. The city has a healthy mix of museums, shops, historic sites, theaters, art galleries, bars and restaurants, plus Gambrill State Park that’s located on the ridge of the Catoctin Mountains. Frederick’s history is closely tied to the Civil War, which is preserved at Monocacy National Battlefield and the National Museum of Civil War Medicine.

Sounds pretty idyllic, right? Fortunately, living in Frederick is within reach for most people. The city’s median household income is $65,967, while its median home value is $242,100.