Time to Explore the Muskegon Lakeshore

Get to know the 11 communities that make up this dynamic region along Lake Michigan. 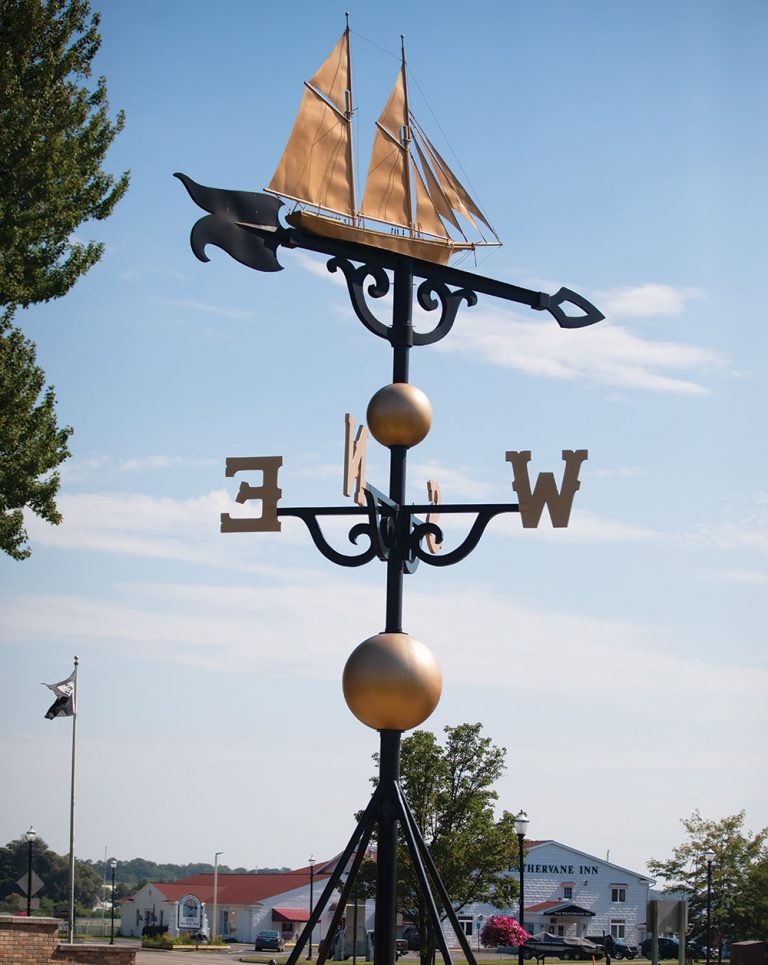 A desirable destination for residents and businesses, the Muskegon Lakeshore region offers a wealth of advantages, including abundant water resources, pro-business local governments and year-round attractions. The region features a natural deep-water lake port and a host of communities that are as vibrant as they are scenic. If you are thinking about taking a vacation or moving to Muskegon, let’s take a tour of what each community has to offer.

This sparkling hub is generating year-round business (and excitement!)

With its motto “City of Friendly People,” Muskegon Heights is located about 10 minutes from Lake Michigan. The affordable community features median home values of around $60,000 (Redfin, February 2022). The community also features locally owned stores and restaurants along a walkable central business district.

A signature attraction is the James Jackson Museum of African American History, named for the physician and ardent civil rights activist who was a longtime resident.

How to Get Connected in Muskegon, MI

Here’s a sampling of ways you can get involved and give back to the community.

Home to what is billed as the World’s Largest Weathervane, Montague is located along scenic White Lake. Attractions include breweries, galleries, marinas, fishing, golf and the Hart-Montague Bike Trail. Montague Area Public Schools is one of the top-rated districts in Michigan.

You can quickly get to this West Michigan haven by car, plane or boat (and once you arrive, you’ve got great options to get around town)

With Lake Michigan at its front door and a slogan of “It’s in Our Nature,” Norton Shores is known for recreation and inspiring scenery, with natural attractions such as Black Lake, Mona Lake and Hoffmaster State Park. The community also boasts three high-quality school districts. Norton Shores has led Muskegon County in residential construction permits for several years, and the average home value is $196,000 (Redfin, February 2022).

Get ready for tons of year-round fun along the Muskegon Lakeshore.

Lakewood Club has small-town charm, with independent stores and restaurants. A major draw is Fox Lake, which features excellent fishing, boating, kayaking and swimming opportunities. An interesting historical note: In 1912, if you bought a subscription to the village’s newspaper, you also received two lots of real estate, all for $23.20.

The White River courses through Whitehall, and visitors flock to the White River Lighthouse, a popular spot for photos. This city was built on the lumber industry. Whitehall today has three Frank Lloyd Wright-designed cottages and a house that remain standing. Livability assets include Howmet Playhouse, Nuveen Community Center for the Arts, Duck Lake State Park and White Lake Golf Club.

Savor the Future of Food Processing in Muskegon, MI

Roosevelt Park is a pretty bedroom community that borders Muskegon and Norton Shores. The median home value is about $206,000 (Zillow, February 2022). Nine parks are within the city’s boundaries. Each summer, the city hosts the Roosevelt Park Day, which includes food, music, a parade and carnival.

Move to Muskegon, MI (and Bring Your Job With You!)

Here, you can find great resources to work remotely while enjoying lakeside living.

This popular visitor destination is located between Muskegon and Grand Rapids. The community features quaint stores and restaurants, and country estates. Ravenna Public Schools often earns awards. The median home value is around $275,000 (Redfin, February 2022). The village’s slogan is: “If you’re lucky enough to live in Ravenna, you’re lucky enough.”

Experience the Muskegon Lakeshore Through the Eyes of Artists

Explore the vibrancy and history of this West Michigan gem through its numerous sculptures and murals.

Within Fruitport Charter Township is the village of Fruitport, whose high school athletic programs are often in the hunt for state titles. Originally named Crawville, Fruitport is situated in the middle of a fertile fruit-growing area. The village’s Sheringer Soccer Fields host a number of regional and statewide tournaments, and other popular attractions for residents and visitors include Spring Lake and Pomona Park. Just one square mile in size, the village is well positioned between two exits off Interstate 96. The average home value in Fruitport is around $297,000 (Redfin, February 2022).

Meet the man who helps advance diversity, equity and inclusion efforts at MCC.

Latin for “new home,” Casnovia is located in both Muskegon and Kent counties. The median home value is around $240,000 (Zillow, February 2022). The village is known for its cherry, peach and apple trees along with fields of corn, wheat, soybeans and hay. Outdoor enthusiasts flock to Casnovia during the warm-weather months to enjoy boating, swimming and fishing opportunities on Half Moon Lake, which is easily reachable off M-37.

Want to learn more about living and working in Muskegon? Check out the latest edition of Livability Muskegon Lakeshore, Michigan.