Skip to content
Home > TX > Houston > Where to Live Now > 7 Reasons To Move to Houston, Texas

7 Reasons To Move to Houston, Texas

Affordability and a growing job market make this big Texas city one of the most desirable places to live in America. 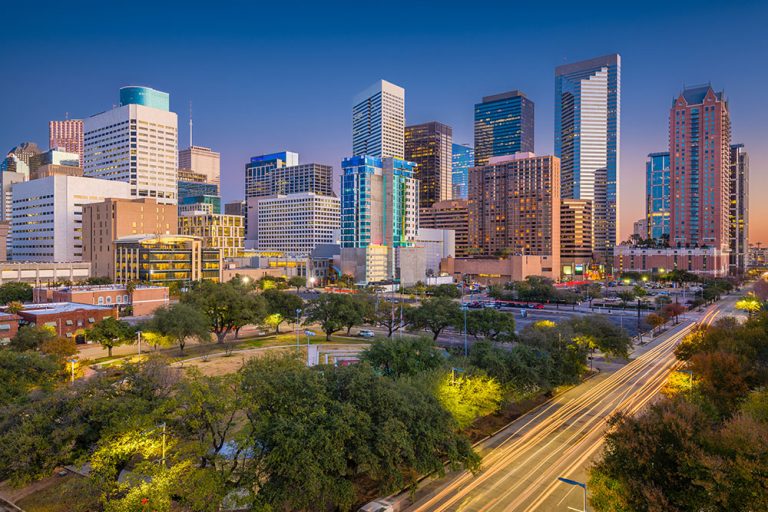 There’s a reason the Houston metro area is one of the fastest-growing metropolitans in the country. Actually, there are hundreds of reasons. Among them, newcomers are flocking to the Bayou City to take advantage of a growing job market, vibrant arts and culture scene and family-friendly quality of life and cost of living.

With 88 distinct neighborhoods, residents have a more than a few options when choosing where to live. If you love the nightlife, you might try the hip, urban Midtown neighborhood that bustles with award-winning restaurants, cool cafes, bars, clubs and art houses. Families might prefer The Woodlands, with its more than 130 parks.

Among Houston’s many quality-of-life amenities is access to high-quality health care. The internationally renowned Texas Medical Center (TMC) is headquartered in Houston. TMC boasts the largest collection of health care institutions in the world, including 13 hospitals, two medical schools and four nursing programs. More heart surgeries are performed at TMC than any other hospital in the country. Memorial Hermann Health System is also headquartered in Houston and offers residents the choice of more than a dozen community general and specialty hospitals scattered across the city.

The Lone Star State remains large and in charge

Houston is home to more than 20 colleges, universities and technical schools, including the University of Houston flagship campus and Rice University, one of the nation’s leading research universities, particularly in the area of bioscience technology. Houston is also home to Texas Southern University, one of the largest historically black colleges and universities in the country. The Houston Community College and Lone Star College systems help train both incumbent and aspiring job holders.

One reason Houston’s economy has continued to flourish despite the oil industry downturn is diversification. While the city remains an oil and energy hub, investments in health care, biotechnology, information technology and aerospace have contributed to job growth. The Houston Technology Center promotes entrepreneurship and commercialization of emerging technologies.

5. Plenty of Places To Play

The Houston Parks and Recreation Department celebrated its 100th anniversary in 2016. The system, which includes some 370 parks — including accessible playgrounds and skate parks — and more than 220 green spaces, ranks among the top systems in the country, with an impressive ratio of 22 acres of park land for every 1,000 residents. The national average is a little more than 12 acres per 1,000 residents. In addition to maintaining the city’s parks, the department sponsors a full roster of community activities, from youth sports to summer camps.

7 Things To Do in Houston

If there were any doubts that Houston is a Southern city, eateries like The Breakfast Klub, with its signature chicken wings and waffles, puts them to rest. Located in Houston’s Midtown neighborhood, the restaurant has been reviewed and recognized as one of the country’s best restaurants for breakfast by USA Today, Esquire, Forbes and Good Morning America. The restaurant’s clientele is as diverse as its menu, attracting residents from all walks of life, from college students to politicians. Across town in Houston’s Fourth Ward, This Is It soul food restaurant serves up recipes originating from Southern slaves. One of the oldest African-American restaurants in town, This Is It offers a lunch menu featuring soul favorites, including oxtails, ham hocks, chitterlings and smothered pork chops.

7. Quick Trip to the Beach

One of the perks of living in Houston is easy access to the Gulf of Mexico beaches, known for their sparkling white sands and emerald waters. Surfside Beach, for example, is just an hour from downtown. This beach is great for family getaways as it allows bonfires, pets and even horses. Stewart Beach in Galveston, TX was ranked one of the top 10 beaches for families by Family Vacation Critic. Sylvan Beach Park in La Porte, TX is a mere 30 minute drive from downtown Houston. The 32-acre park along Galveston Bay offers calmer waters perfect for swimming, a playground and tennis court, picnic areas and even a skate park.