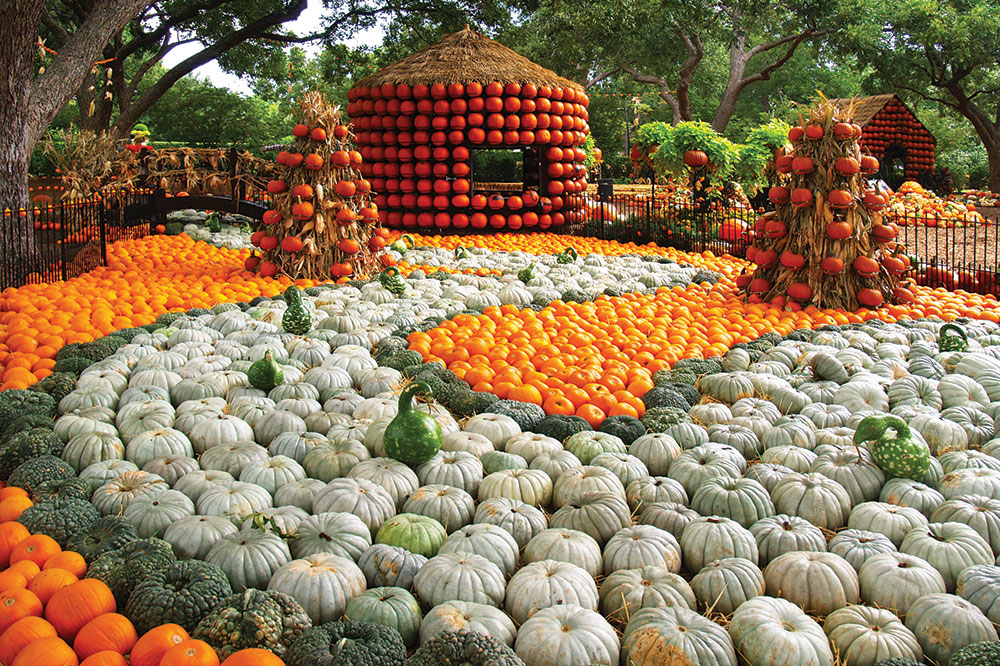 Dallas TX10 Best Cities for People Who Are Obsessed With Fall

Why It’s an Amazing Fall Destination: Every year the Dallas Arboretum and Botanical Garden hosts Autumn at the Arboretum, featuring a small village of little houses, walkways and gardens built with more than 90,000 pumpkins and 150,000 autumn flowers. Fodor’s Travel named it one of “America’s Best Pumpkin Festivals” in 2016.

Where to Spot the Best Fall Colors: Visit in November to catch the annual Japanese Fall Festival at the nearby Fort Worth Botanic Garden. Otherwise, you’ll have to drive an hour or two outside of Dallas for especially colorful views — grab a turmeric latte for the road at Magnolias Sous Le Pont and check out the Scenic Fall Foliage Driving Trail in Athens or the Rustling Leaves Nature Trail in Daingerfield.

What to Eat and Drink: The State Fair of Texas, which starts on the last Friday of September and runs for three weeks, has every kind of food you can imagine, from award-winning barbeque to cotton candy tacos. Later in the season hit up the Lazy Dog for autumn-inspired comfort food including made-from-scratch butternut squash soup and lamb shank pot pie. For dessert, head to Humble for a slice of pie in flavors like Pumpkin Spice Latte, Cranberry Apple and Bayou Goo, a cream cheese pie packed with candied pecans and chocolate cream. Cheese fans should head directly to Rise. The bistro is famous for its variety of both savory and sweet soufflés and a dish called Marshmallow Soup, a carrot and tomato bisque topped with “mini goat cheese soufflés.”

And While You’re There…: Dallas holds the World Record for “largest gathering of people dressed as turkeys,” which was set in 2011 at the annual YMCA Turkey Trot. The fowl-filled fun run takes place every Thanksgiving morning, so grab a goofy turkey hat and join the fun.

Read More:
Dallas is One of the Best Sports Bar Cities in the Country
Eat Like a Texan: 6 Foods Everyone New to Texas Should Try