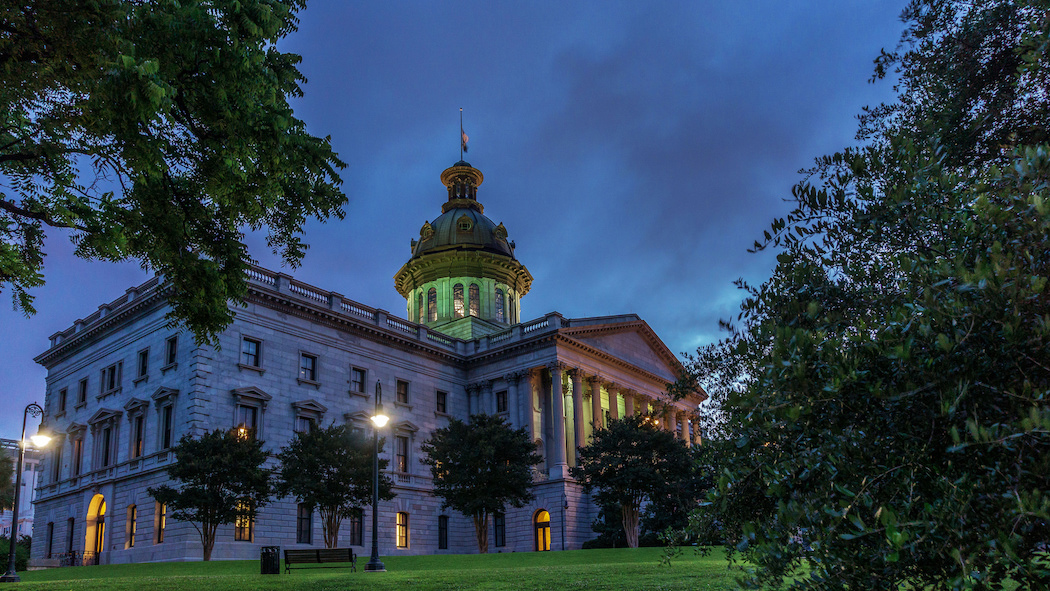 Columbia, SC might not benefit from a behemoth university like the University of Michigan, but that’s one of the things that makes it great, and why this is its second year on our 10 Best College Towns list.

As the capital of the state, government jobs abound, along with generally high salaries and the benefits that come with them. Healthcare is also a prominent industry, boasting the two largest employers in the area, Palmetto Health and Blue Cross Blue Shield of South Carolina.

Along with the University of South Carolina, the state’s flagship university, the area is also host to a large number of private institutions, including Baptist, Lutheran, African Methodist Episcopal Church, and Methodist colleges. In fact, out of the seven non-technical colleges and universities in the area, six are private.

Adding to the area’s youthful feel is Fort Jackson, the largest U.S. Army Basic Combat Training installation, which employs thousands of military and civilian personnel. The installation also trains about half of all Army entrants each year; and with tens of thousands of families visiting Basic Training graduations almost every week, area restaurants and hotels (and the residents who enjoy them year round) benefit in a big way.

Columbia all offers a huge range of things to do. From outdoor activities like hunting, fishing or camping, to a surprisingly active art and music scene, residents and students have plenty of culture at their fingertips. The Columbia Museum of Art has one of the largest collections in the state, with 20,000 square feet of gallery space. And the town has no shortage of activities for history buffs, either. The South Carolina State Museum boasts an enormous collection of over 45,000 pieces.