The 9 Best Cities for Singer-Songwriters

Forget New York and LA: These smaller US cities are perfect for musicians 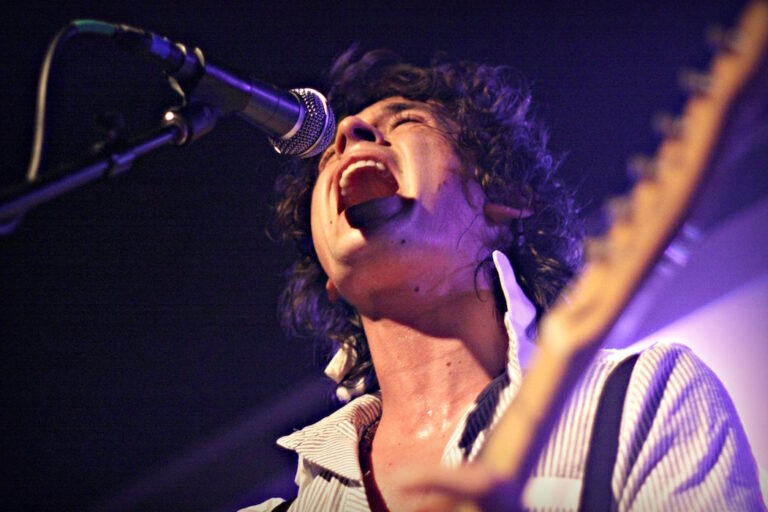 Courtesy of Vanessa Lynn. under a CC 4.0 license.

With April being International Guitar Month, we figured now was as good a time as any to put out some info that one group of guitar lovers should find particularly useful: singer-songwriters. In this round-up of some of the best cities for singer-songwriters, we’re going to eschew the cities that typically make lists like these, such as New York City and Los Angeles, because not every musician wants to be a small fish in a big pond, nor is every musician willing or able to drop two or three grand per month on rent. Instead, we’re rounding up some mid-sized cities with a reasonable cost of living in addition to quality music scenes, so you can work one job instead of three and can actually have time to, you know, play music.

The largest city in the Cornhusker State, Omaha has a modest population just over 400,000, and while it may be surprising to some that a city in Nebraska made this list, Omaha actually has a Wikipedia page dedicated solely to its music scene. Never underestimate the Midwest!

Home to the indie label Saddle Creek Records, whose roster includes artists like Bright Eyes, Cursive, The Faint, and others, Omaha is a hub for indie music, a genre in which guitar-strumming (not to exclude those with a penchant for electronic instrumentation) singer-songwriters thrive. Notable venues in the area include the Sokol Auditorium, The Waiting Room, and many, many others.

Home to artists like The Decemberists, The Shins, and Sleater-Kinney, the subject of the IFC show Portlandia (in which Sleater-Kinney member Carrie Brownstein co-stars) is home to a thriving artistic community.

Not to mention, if you’re a “weird” musician (for example, the above unicycle-riding bagpipe player known as “The Unipiper”), your presence will help this city live up to the city’s popular slogan, “Keep Portland Weird.”

In addition to a slew of music venues, Portland is also home to CD Baby, one of the largest online stores and music distributors for independent musicians, established nearly 20 years ago.

Reportedly the area with the most music in North Carolina, “The Triangle” is home to no less than sixteen colleges and universities. For musicians, that means something that can only be described with a non-sentence devoid of any actual words: $$$$$$$$.

And by “$$$$$$$$,” I mean a large and diverse audience of music lovers who will ensure that you never have to play your heart out to a half-dozen uninterested bar patrons, which is way more disheartening than a shortage of beer money in this musician’s opinion.

The Triangle also hosts two different annual music festivals. The Hopscotch Music Festival boasts 140 acts over the course of three days every September, featuring artists from genres ranging from folk to hip-hop and classical to noise music, while ProgDay, another festival presented annually in September, has a more specific genre focus on progressive rock music.

Named the “#1 College Music Scene in America” by Rolling Stone, Athens certainly has no shortage of music fans. The city is also the home of R.E.M. and the B-52s, the latter of which is still active.

Famous venues in Athens include the Georgia Theater and the 40 Watt Club, and the Athfest Music and Arts Festival, an annual three-day festival held in June, has been going strong since 1997, hosting over a hundred acts from a wide swathe of genres.

I lived there for about a year, and was surprised to find that while, yes, country music reigns supreme, there’s still plenty of room for absolutely everything else. I hesitate to say “just about every,” but really, just about every chart-topping country artist lives there, and the capital of the Volunteer State is also home to Jack White, Steven Tyler, and a slew of musicians representing many other genres.

Nashville boasts large and historic venues like the Bridgestone Arena and the Ryman Auditorium, but there’s also no shortage of smaller venues, meaning there are plenty of places to play and listen to music. Want to have a beer and listen to live blues music at noon on a Sunday? There’s a place for that. Want to test drive a new song in front of a small audience? There are plenty of open mic events to go around, with The Bluebird Café’s being one of the most famous and with dozens of others being held on a regular basis, as well.

First off, Denver is the home of the Red Rocks Ampitheater, the “best venue in the world,” according to Denver native Richard Meyer. He adds that Denver has plenty of other great venues, as well. “The Gothic, The Fillmore, The Bluebird, Casselman’s, The Summit, The Soiled Dove… It’s a great place.”

Now a Nashville resident, Meyer is currently the merch and lighting guy (who needs formal titles?) for the band Mae, as well as their VIP experience manager, and he points out that Denver’s location makes the city a fairly common stop for touring acts. “Most bands on national tour stop in Denver because of the way tour routing goes.”

Another city that one might not think of as having a thriving music scene, Provo has spawned such acts as Imagine Dragons, Neon Trees, and Lindsey Stirling, to name just a few.

The vibrant musical community has been attributed to Provo’s revitalization of its downtown area and creation of more musical opportunities for the small town’s native musicians to perform.

One of those new opportunities is the Rooftop Concert Series, which Deseret News says was the brainchild of a handful of local creative types who wanted to create a new way for local artists to take advantage of Provo’s growing downtown district.

Only a few hours away from Austin, the “Live Music Capital of the World,” Denton doesn’t seem like the likely location of another thriving Texas music scene. However, Denton is the home of the University of North Texas’s renowned College of Music, the first music program in the world to offer a degree in jazz studies. If that isn’t cool enough, Denton lays claim over the 35 Denton festival and the Denton Arts & Jazz Festival, and is also the home of musician and actor Meat Loaf.

No matter what genre you fall into, the music scene in Richmond and surrounding areas has plenty of room for you. Music acts of all kinds ranging from metal bands like GWAR and Lamb of God to acoustic pop artist Jason Mraz call the Richmond area home. This small city of 218,000 residents has about 150 businesses catering to the arts, one of which is The National, a concert venue housed in a historic downtown theater.