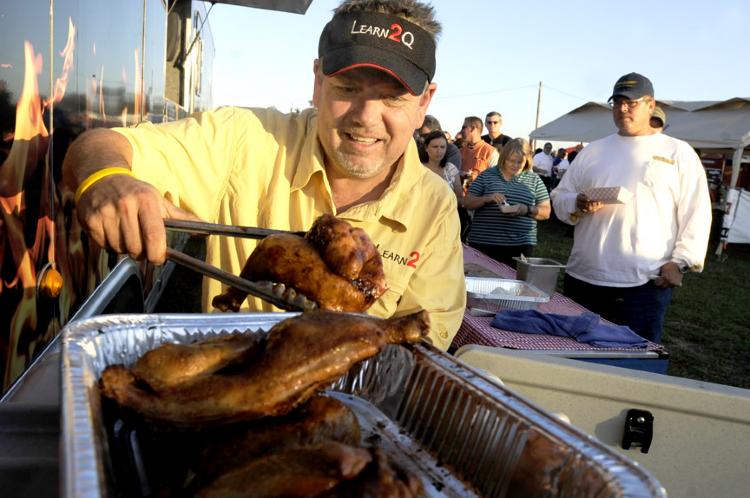 When Fayetteville, AR, residents aren’t cheering for the hogs they’re eating them. Home of the University of Arkansas razorbacks, Fayetteville also has a large collection of barbecue restaurants. By our count, which is Yelp.com’s count, there are 14 restaurants devoted to barbecue here.

What goes better with bikers and blues music than barbecue? The city hosts what has become the largest motorcycle rally in the United States benefiting local charities. Bikes, Blues and BBQ is an event that started in 2000 and draws an average of 400,000 people each year. It’s gotten so big they had to move some of the events to nearby Springdale. The five-day festival includes a barbecue competition sanctioned by the Kansas City Barbeque Society.

Most of the barbecue in Fayetteville is hickory smoked. Most of the ribs are dry rubbed.

Sassy’s Red House: This place is all about the sauce and for good reason. Their original sauce was developed by owner Sassy Jones’ grandfather, Jasper, in 1895. Today Sassy’s serves up a whopping selection of sauces to slap on their dry ribs, pulled pork, brisket and chicken.

Lucky Luke’s BBQ: All of the meats are hickory smoked, and the portions here are out of control. Customers rave not only about the ‘cue, but also the fried pickles and jalapenos.

Penguin Ed’s: This just might be the most popular restaurant in town. There are actually three locations in Fayetteville, each serving hickory-smoked meats. Ed’s also has a great story. Ed started selling barbecue from a trailer in 1993. For some reason, he created a flock of paper-mache penguins and put them around the trailer. The name Penguin Ed stuck, and sales took off.