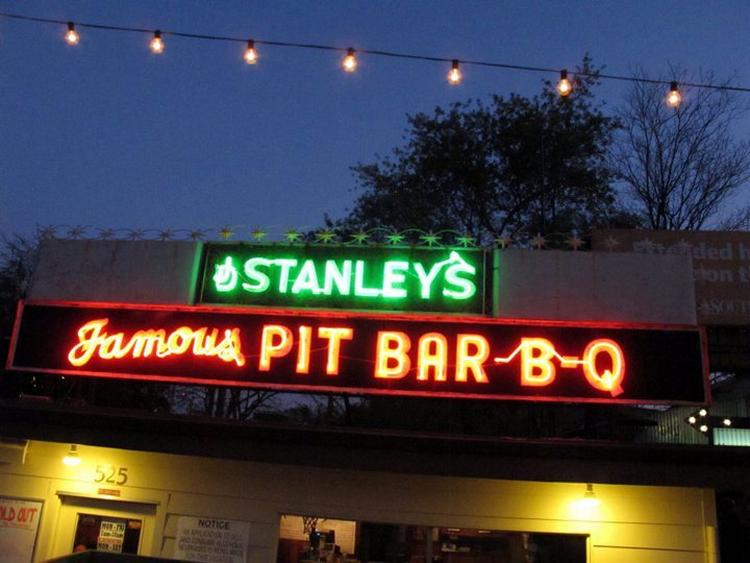 We get it. Barbecue is taken very seriously in Texas. Cities like Austin, Lockhart and Houston are well known for having an assortment of tempting ‘cue. Picking the best barbecue restaurant in Texas is like asking someone to pick their favorite child. Easy for some, agonizing for others. One thing most Texans agree on is Texas barbecue is the best. Typical Texas ‘cue is slow cooked, dry rubbed and served with sauce on the side.

That being said, we want to showcase a city that hasn’t received much notoriety but has some darn good barbecue, and that would be Tyler, TX. ‘Cue snobs have tipped a hat to Stanley’s Famous Pit Bar-B-Q. It has put Tyler’s barbecue scene on the map, and the scene is a good one. The city has five bona fide barbecue restaurants and a few more that offer barbecue on the menu.

Stanley’s Famous Pit Bar-B-Q: Come early if you want to get what Stanley’s is cooking. They close at 2 p.m. or when the ‘cue is gone. This place has been chosen twice on of the best BBQ joints in Texas by Texas Monthly Magazine. They offer pulled pork, sausage, brisket, ribs and more.

Country Tavern: Located in Kilgore, about 20 minutes outside of Tyler, locals claim this place is worth the drive. Customers rave about the pork ribs, and many say stick to the ribs and only the ribs. The Tavern has been in business since the 1930s, and ribs are the specialty here.

Hickory Fare Bar-B-Que: As the name implies, this place uses hickory wood smoke to season their meat. Customers have complimented the sausage and brisket.

Read about more great places to grab a bite in Tyler, TX.