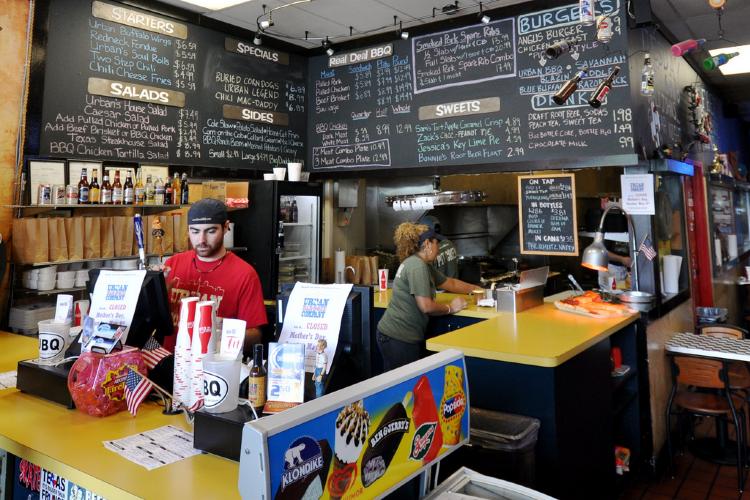 Do they really know how to make barbecue in Maryland? Oh yes, they do.

The Bethesda, MD area we examined stretches about as far as most Southern towns, a 10-mile radius near Interstate 270, also known as the east coast’s Bio-tech Corridor. We identified a full slab of bona fide barbecue joints that could take on the most tried and true Southern gems. An examination of customer reviews on Yelp reveals that many compare this area’s most popular places to pits in Kansas City, Memphis and Texas. And yes, there’s a place here called O’Brien’s Pit Barbecue.

Urban Bar-B-Que Company: As the name implies, Urban puts a twist on traditional barbecue. They offer pulled pork, brisket and ribs, but added their own “soul roll,” which combines brisket, caramelized onions and cheese in egg roll wrappers, all of which are fried to a light crunch.

Branded ’72: Open since 1972, this barbecue joint has four small batch sauces that really seal the deal. Each one is influenced from a different region, from states such as Texas and North Carolina. This restaurant is a spinoff of O’Brien’s and slow smokes their meats with hickory wood.

Rocklands Barbeque and Grilling: Founder John Snedden learned the craft of preparing whole hogs for fraternity parties in the late ’70s, and in 1990 he opened his own restaurant. In addition to pulled pork, Rocklands offers beer ribs.

*Combined population and restaurant count from Bethesda, Rockville and Gaithersburg.