Careers, affordability and quality of life attract millennials to Charlotte USA and keep them there 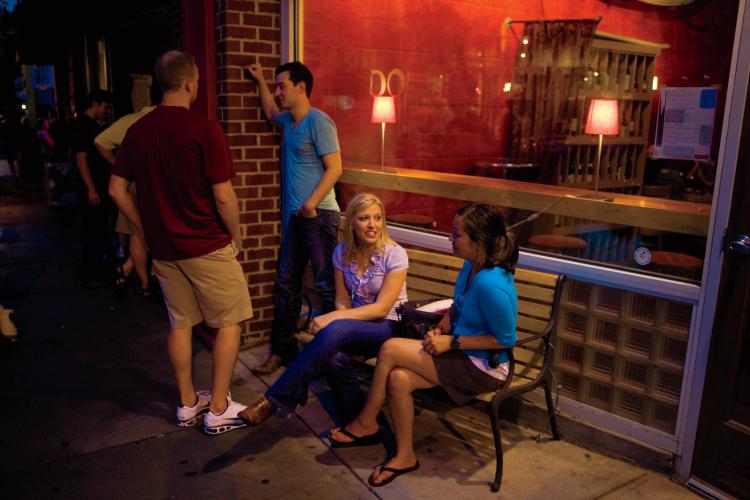 According to the U.S. Department of Labor, millennials will make up more than half of the workforce by 2020, and communities able to attract large numbers of this talent demographic have an advantage.

With its distinctive neighborhoods, lower cost of living, trendy city center, abundance of arts and cultural options and outdoor recreation opportunities, Charlotte USA is a magnet for young professionals. In fact, Charlotte is projected to have the highest rate of millennial growth in the nation with more millennials moving to the Queen City than anywhere else in the world, according to a 2017 study from SmartAsset.

“When you look at the statistics on attracting millennials, there are cities that do a better job of getting gross numbers, but where we really stand out is how we keep them. We draw them here for the opportunities, but then they stay for the affordability and the quality of life, and we’re able to retain more of that young workforce,â€ says Michael Smith, president and CEO of Charlotte Center City Partners, an organization dedicated to the development and growth of uptown Charlotte.

“For major employers, the ability to come into a market like Charlotte and tap into this labor pool is an advantage,” Smith says. “It also means employers are going to have higher retention rates, and when they have to move people into the market, it’s going to be an easy sell. That translates again and again into economic development wins for us, and the combination of assets that our center city offers allows us to differentiate ourselves from our competition.”

The city is also investing in parks and greenways, which Smith says make up “the infrastructure that tomorrow’s workforce demands.”

Charlotte USA’s colleges and universities also play a major role in talent development. The region and its higher education institutions enjoy a symbiotic relationship as universities, such as Johnson and Wales, have become a destination for students seeking not only a first-rate education but also an abundance of career opportunities after graduation.

“A lot of our students are choosing to come here because Charlotte is a destination after graduation. It’s also a very livable city for them. You combine the opportunity with the quality of life, and there’s your magical formula for people to stay here,â€ says Tarun Malik, president of Johnson and Wales University Charlotte campus. “We market the city very heavily when we recruit. Because we are an urban campus, we are located uptown. Our students live uptown while they go to school, and they’re an integral part of this city.”

Malik says that while the city’s growth has allowed the university to attract students, the university, in turn, has contributed to the growth of the workforce and even the development of key industries, such as the restaurant, food and beverage industries.

Two baking and pastry graduates from the university’s College of Culinary Arts started Birdsong Brewery Company, one of the first craft breweries to open in Charlotte.

“We have a very robust beverage education program, which includes high-level wine certification and beer certification courses,â€ Malik says. “What you’re looking at is the output of this education where people who are trained and educated are going and impacting our businesses. So we can firmly say that our role is beyond just providing employees. These employees have gone on to bring about a level of sophistication which was not there in this city.”

Lauren Harkey, president of the board of Young Affiliates of the Mint, a group of young professionals that support the Mint Art Museum, is a Charlotte native who recently returned to the region after graduating from college and law school.

“I got involved with the Mint and the young affiliates as a way to meet people who were also ‘new’ to Charlotte,” Harkey says. “I’m interested in the arts, and there is something to do arts-related at least three nights a week. So I’m never bored when it comes to after-work activities.”