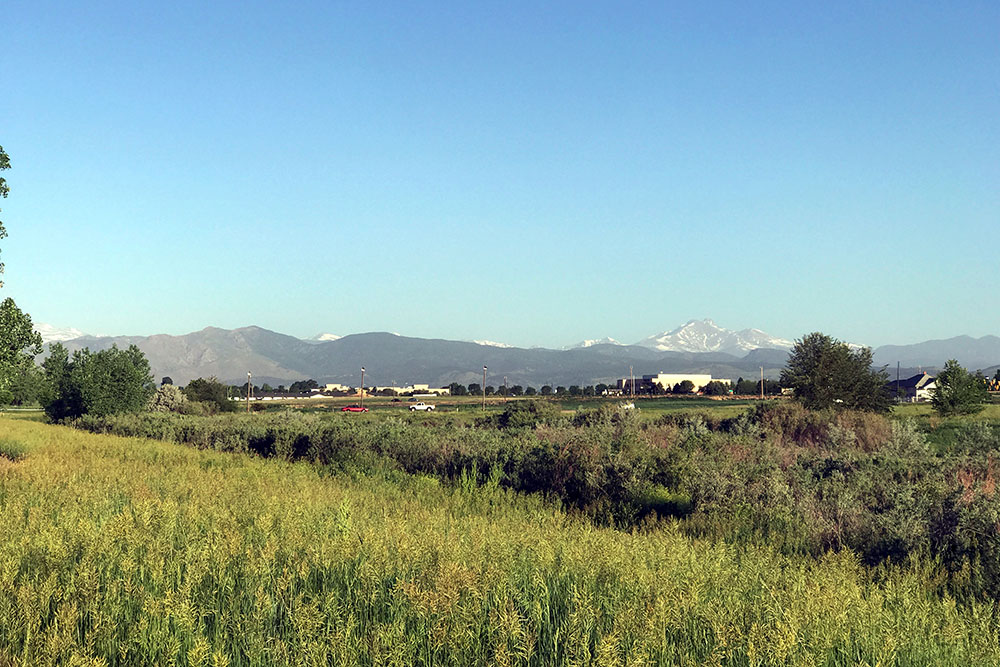 Courtesy of Kahunapule Michael Johnson under a CC 2.0 license.

STEM employment is so important in Longmont that the city’s school district actually pays students to work part-time in STEM-related jobs. The St. Vrain Valley School District, which has been named one of the Top 100 Future-Ready School Districts in the country, partners with more than 60 area companies to provide students with project-based learning in STEM fields, and a small paycheck as well.

That is just one of the reasons Longmont is well on its way to being a major player on the national STEM scene. Located halfway between Denver and Fort Collins, Longmont has transitioned in recent years from an agricultural-based economy to one that is now finding fertile ground in STEM. More than 12 percent of the jobs in Longmont are STEM-related, with an average median salary of $95,578 — nearly 2.2 times greater than the average median income in Longmont.

Several cutting-edge companies are based in Longmont. Akonia Holographics is conducting research in augmented reality, Redstone Aerospace specializes in providing cryogenic systems to customers including NASA and Department of Defense, and DFM Engineering manufactures and installs automated research-grade telescopes and other astronomical instrumentation.

All these companies are taking advantage of a creative environment that has resulted in Longmont producing the second-highest number of patents per capita in Colorado. The city also is home to TinkerMill, the largest makerspace in Colorado with more than 600 paying members. In addition, the city offers ultra-high speed Internet to every home and business, a service that PC magazine declared in 2017 to be the fastest in the county.

Livability has recognized Longmont as being one of the Top 100 Best Places to Live. The city has grown more vibrant in recent years with help from the Longmont Downtown Creative district, which showcases restaurants, art galleries, a summer concert series and a growing craft beer scene.

Of course, one of the biggest benefits of living in Longmont is the beauty of the surrounding Rocky Mountains. Outdoor recreational opportunities abound, including hiking, biking, fishing, boating, rafting and skiing. And there are plenty of chances to enjoy these activities, since Longmont has more than 300 sunshine-filled days each year.

Find out more about living in Longmont, CO.