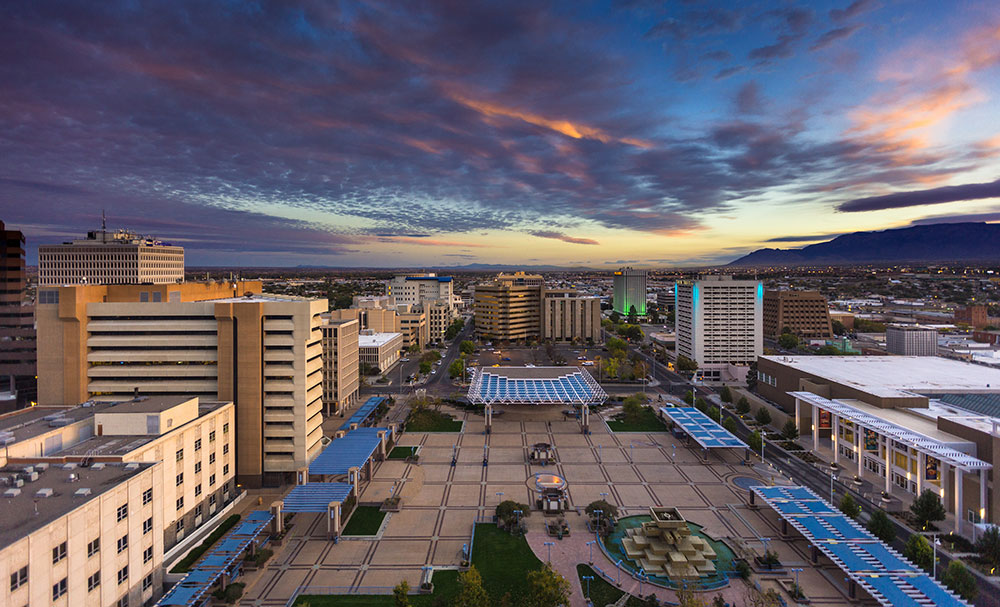 Albuquerque has been heavily involved in STEM-related jobs since well before that phrase was ever used. It began in 1939, when the U.S. Army leased land just to the east of the city for the creation of a flight training base, which became known as Kirtland Army Air Field. Following World War II, Kirtland’s role shifted to the testing and evaluation of high-tech weapons, including nuclear weapons, and became headquarters for the Air Force Special Weapons Center.

Around that same time, Sandia National Laboratories was established to focus on the research, development and testing of the nation’s nuclear weapons. Over the years, the lab has led initiatives involving computational biology, mathematics (through its Computer Science Research Institute), materials science, alternative energy, psychology and cognitive science. Sandia currently is home to both Thor’s Hammer, one of the world’s fastest supercomputers, and the Z machine, the most powerful laboratory radiation source in the world, designed to test materials in conditions of extreme temperature and pressure.

With Kirtland and Sandia leading the way, Albuquerque has attracted a number of technology companies to the region. Intel has a major manufacturing site there that has produced cutting-edge semiconductor products, such as flash memory chips and microprocessors. Honeywell and Hewlett-Packard also have significant operations in the area.

Currently, Albuquerque has more than 22,000 STEM-related jobs, easily the most of any city on this list. Those jobs offer a median salary of $81,617, which is nearly twice the overall median income for the city. And the region is focusing on STEM jobs for the future with the recent opening of the STEM Center of Excellence at Kirtland Air Force Base (designed to introduce children to such technology as 3D printers and robotics), as well as a $7.8 million federal grant awarded to Albuquerque Public Schools to increase STEM education.

For those who call Albuquerque home, the city combines plenty of attractions and activities with a laid-back atmosphere. Local heritage is always on display, from Native American history at the Indian Pueblo Cultural Center to the numerous museums, shops and restaurants in Old Town to the murals and other works of art on display through the city’s Public Art Program.

The beautiful Sandia Mountains lie just east of downtown, offering skiing, hiking and stunning views. Each October, nearly 600 balloons take to the skies as part of the Albuquerque International Balloon Fiesta. And sports fans can pull for the University of New Mexico Lobos as well as the local minor-league baseball team, appropriately named the Albuquerque Isotopes.

Find out more about living in Albuquerque, NM.