The 5 Most Affordable Cities in Idaho

From rodeos to potatoes, great cities abound on our list of these budget-friendly options.

Idaho / Courtesy of John Hinsberger under a CC 4.0 license

With deep canyons, precious gemstone mining and some serious whitewater rafting, there is more to Idaho than just the famous potato crops. It’s also home to some very affordable living for those who call this Northwestern state home.

Best Places To Live in Idaho

Using data that takes into account items such as groceries, utilities, housing and health care costs, we’ve generated an overall score for Idaho cities. But the five cities at the top of the affordable list aren’t necessarily the cheapest places. Instead, they provide a great quality of life and the best bang for residents’ bucks.

With a booming economy centered on agriculture, medicine and energy, numerous cultural opportunities and its close proximity to the great outdoors, including the Rocky Mountains, the Snake River, Yellowstone and Grand Tetons national parks, it’s no wonder so many people are flocking to Idaho Falls.

Idaho Falls also has a lot of family-friendly activities including the big Fourth of July celebration of Liberty Festival On the Falls, the summer kid-based arts and music festival known as Roaring Youth Jam and the War Bonnet Rodeo.

The downtown area has a bevy of antique shops, restaurants and independent stores.

The seat of Nez Perce County, Lewiston, along with adjoining Clarkston, Washington, makes up the burgeoning entertainment and business region known as Lewis Clark Valley.

Located 465 miles from the Pacific Ocean, Lewiston, which is on the Snake and Clearwater rivers, is the most inland seaport on the West Coast.

The median home price here is a little pricey at $165,400 while the median household income is $45,148. But residents enjoy some extraordinary services, amenities and activities including educational opportunities at Lewis-Clark State College.

Hells Gate State Park, the entrance to Hells Canyon, which, at 7,993-feet, is the deepest river gorge in North America is also located in the area. Surprise! The Grand Canyon is only 6,000-feet deep.

The Nez Perce Reservation is also nearby.

Those who enjoy their thrills along with a good way of life should look no further than Twin Falls.

BASE jumpers from around the globe flock here to fall with their parachutes from the 486-foot Perrine Bridge over the Snake River Canyon. This activity along with nearby whitewater rafting, kayaking and rock climbing earned Twin Falls the top spot for the 10 Best Places to Defy Death.

The city gets its name from Shoshone Falls, otherwise called the “Niagara of the West.”

Even those seeking a calmer lifestyle can find much to love in Twin Falls. The median home price is $142,600 while the median household income is $41,880.

Agriculture and food production has been a big part of the city’s economy with cheese creator Glanbia Foods, Amalgamated Sugar Company, food processor Lamb Weston and Agro-Farma, the makers of Chobani Greek Yogurt, all calling the region home.

The College of Southern Idaho has a well-regarded nursing program.

Not only is this popular resort city affordable but it’s also a beautiful place to live situated on the banks of Lake Coeur d’Alene.

The city’s moniker may seem like a mouthful. But it means “heart of an awl,” after French fur trading settlers noticed the shrewd business practices of Native American traders.

A main resource for the city’s economy is tourism. The Coeur d’Alene Resort, known as the “Playground of the Pacific Northwest,” features luxury guest accommodations in a 17-story tower with activities such as golf, a spa and top-notch dining opportunities.

Coeur d’Alene is a little more than 30 minutes away from the big city of Spokane, WA, which is why the median home price is a little steeper at $168,100 while the median household income is $41,336. But residents enjoy the proximity to a major metropolitan area with a smaller town lifestyle.

The best place to live in Idaho for the budget conscious is this growing city just outside of Boise, the capital of the state.

Families can take in the great outdoors in 27 public parks or do some indoor sports when the weather is bad at the 140,000-square-foot Nampa Recreation Center, all maintained and operated by the city.

The Ford Idaho Center has played host to everything from horses to track stars to famous musicians.

Residents can tour the Nampa Train Depot Museum, which includes exhibits on the railroad history, antique dolls and mustache cups, and witness the popular Snake River Stampede Rodeo, held every year in July. 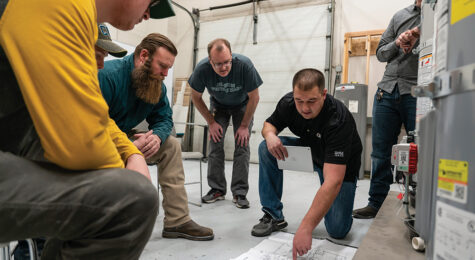