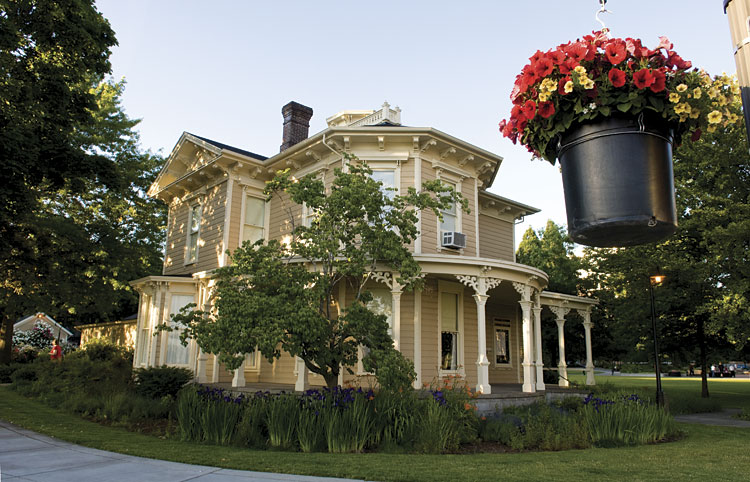 Vancouver might be located in the state of Washington, but it has a lot in common with Portland, Oregon, the more famous city on the opposite bank of the Columbia River. In addition to sharing Portland’s perpetually cool weather (summer highs are usually in the 60s), Vancouver also has an educated population, a progressive arts-and-culture scene, and a wide array of outdoor recreational opportunities. While the population in Portland tilts heavily toward younger residents, nearly 15 percent of the population in Vancouver is age 65 or over. The city has long been recognized as a premier retirement destination. Vancouver ranked No. 1 on a survey of the Best Cities for Seniors conducted by Sperling’s Best Places back in 2005, earning high marks for health care and transportation. Clearly not much has changed, as we named the city one of the 100 Best Places to Live in 2014.

One advantage to living on the Washington side of the Columbia River is that home costs in Vancouver are nearly 15 percent cheaper than in Portland, though both the median home price and the overall cost of living are still higher than the national average. But those expenses are at least partially offset by the lack of a state income tax. There’s also no tax on Social Security benefits.

The Columbia River is so important to Vancouver that in 1985 the Woody Guthrie tune “Roll On Columbia, Roll On” was named the city’s official song. In fact, the overall beauty of the outdoors is one of the major appeals to living in Vancouver, and the residents want to keep it that way. As a result, there are a series of ongoing cleanup opportunities that are ideal for retirees, including 13 regularly scheduled “work parties” where volunteers help beautify parks and other sites. The city also coordinates a numbers of activities and services for seniors through its Fifty and Better program, with many of the events taking place at the popular Luepke Senior Center.

A large portion of the downtown area has been revitalized in recent years, attracting some of the artist and music community that used to call Portland home. Vancouver has a designated arts district with several galleries and shops, while the historic Kiggins Theater is still operating as a single-screen movie house 80 years after originally opening. Each August, much of the city makes the short trip to nearby Ridgefield for the Clark County Fair, which was first held in 1868 and has been named one of the nation’s 10 Best Summer Fairs.