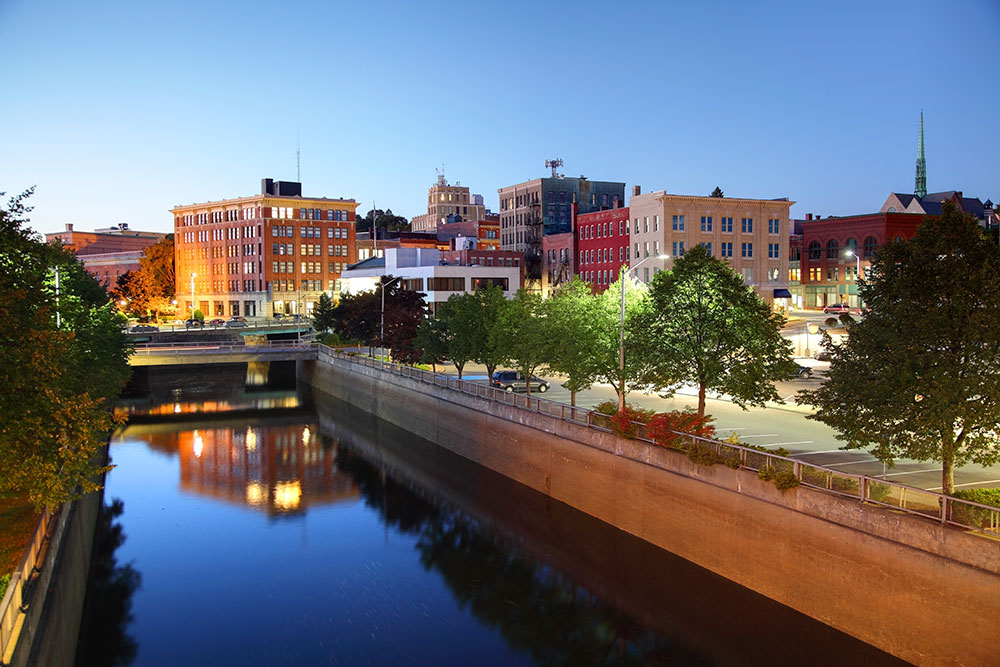 Located just 45 minutes from the coast, Bangor is a scenic town in Maine with a quaint downtown that’s filled with locally owned shops and friendly residents.

Bangor earned a spot on the Top 100 Best Places to Live list this year in large part because of its educational opportunities at nearby University of Maine, which is the most esteemed university in the state, offering nearly 100 majors. (And did you know that’s actually located on an island?!)

The city also scored points for its infrastructure, namely its short commute times, which average just 14.7 minutes (much shorter than the national average of 26 minutes). In addition to a short commute, the city is also making strides to become a more walkable and bikeable community — something all Bangor residents can benefit from.

Local Obsession: Bangor loves celebrating its most famous resident, beloved horror author Stephen King. You could also say the feeling is mutual: Many of King’s nightmare-inducing books are said to be set in a town similar to Bangor.

Top Industries and Employers: The top industries in Bangor are healthcare and education. The top employers are Eastern Maine Healthcare System and the nearby University of Maine.

Local Dream Job: Running a Stephen King tour group — or maybe hunkering down in a cabin to write your own successful horror series?

Quintessential Meal: It doesn’t get more Maine than steamed lobster, especially at McLaughlin Seafood, Inc., a favorite take out destination for Bangor residents

Favorite Weekend Activity: With such beautiful surround scenery, Bangor residents love to get outdoors, whether it’s walking the boardwalk at Orono Bog Walk or exploring the depths of Bangor City Forest.

After-Work Meetup Spot: Strap on your lederhosen and head to Nocturnem Draft Haus — a German-themed bar with delicious pints.

Best Brewery: Sea Dog Brewing Co., a riverside pub that was founded in 1993, specializes in brewing beers in the traditional English style.

Beloved Bookstore: Feast your eyes on the floor-to-ceiling shelves at Pro Libris, which boasts 35,000 titles.

Free Way to Have Fun: Posing for Instagram with the 31-foot statue of the folkloric figure, Paul Bunyan. Bonus points if you wear plaid.

Truly Hidden Gem: In nearby Brewer, ME, there’s a memorial to the Underground Railroad in Chamberlain Freedom Park that depicts a runaway slave exiting a tunnel — the only known underground railroad tribute in the whole state.

5 Most Affordable Cities in Maine

Maine Will Help You Pay Off Your Student Loans