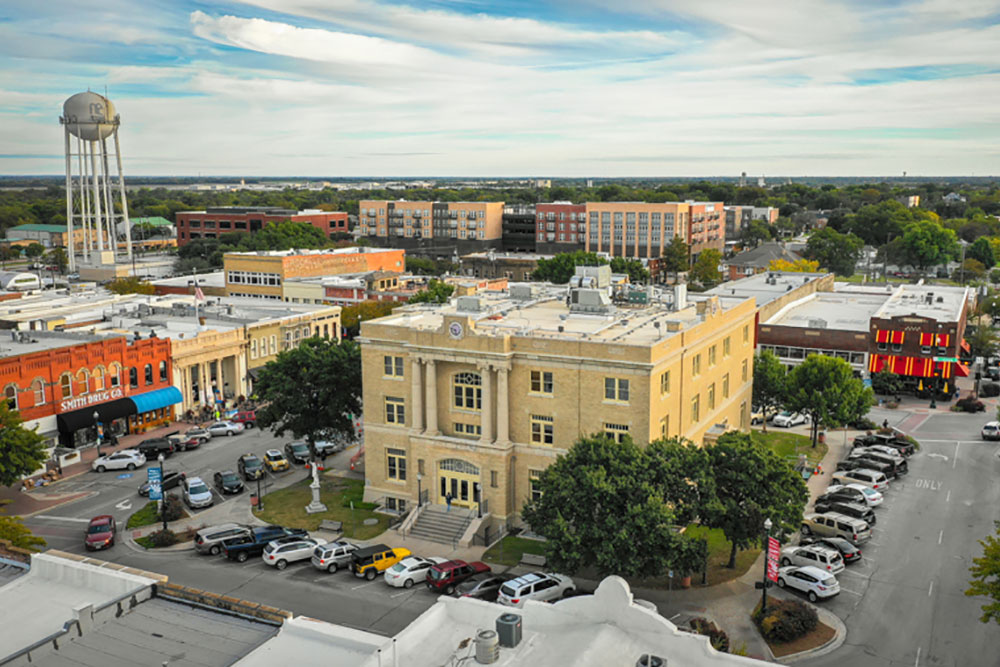 McKinney makes the impossibly large and concrete-filled DFW metroplex seem quaint, small and downright charming. But don’t think this sweet Texas town has a slow pace of life — they’re quickly becoming one of the fastest growing economies in the country thanks to a large presence of manufacturing and tech companies.

In addition to its booming economy, McKinney also made our list because of its low crime rate, which is 46% lower than the national average, making it a great place to raise a family and sleep well at night.

Local Obsession: Friday Night Lights in McKinney is no joke — and they love watching their McKinney Lions at their new $69.9 million(!) stadium that holds 12,000 football fans.

Top Industries and Employers: The top industries in McKinney are healthcare, manufacturing, and finance. The top employers are Raytheon Space and Airborne Systems and Globe Life Insurance, formerly known as Torchmark, which is a financial services holding company.

Local Dream Job: Analyzing everything (and actually getting paid for it) as an actuary for a financial company in town.

Quintessential Meal: Bring an extra Wet-Nap to chow down on the brisket plate at Hutchins BBQ & Catfish, routinely named one of the best barbecue restaurants in the country

Favorite Weekend Activity: There’s nothing better than a lazy afternoon in historic downtown McKinney, which has some of the city’s best restaurants, shopping, and bars — all in an adorable, walkable package

After-Work Meetup Spot: Settle down for a pint at The Celt Irish Pub in historic downtown McKinney (rumor is, this joint used to be a brothel)

Best Local Beer: Strong and unexpectedly sweet, the American Wheat from Tupps Brewery is brewed with orange peel and coriander.

Free Way to Have Fun: If you can handle it, pick up your mountain bike and ride the eight-mile trail around Erwin Park for a little extreme fun.

Truly Hidden Gem: Mom and Popcorn, a sweet nostalgia shop in town, serves up a variety of your favorite kernels.

Moving to Texas? Here’s Everything You Need to Know.