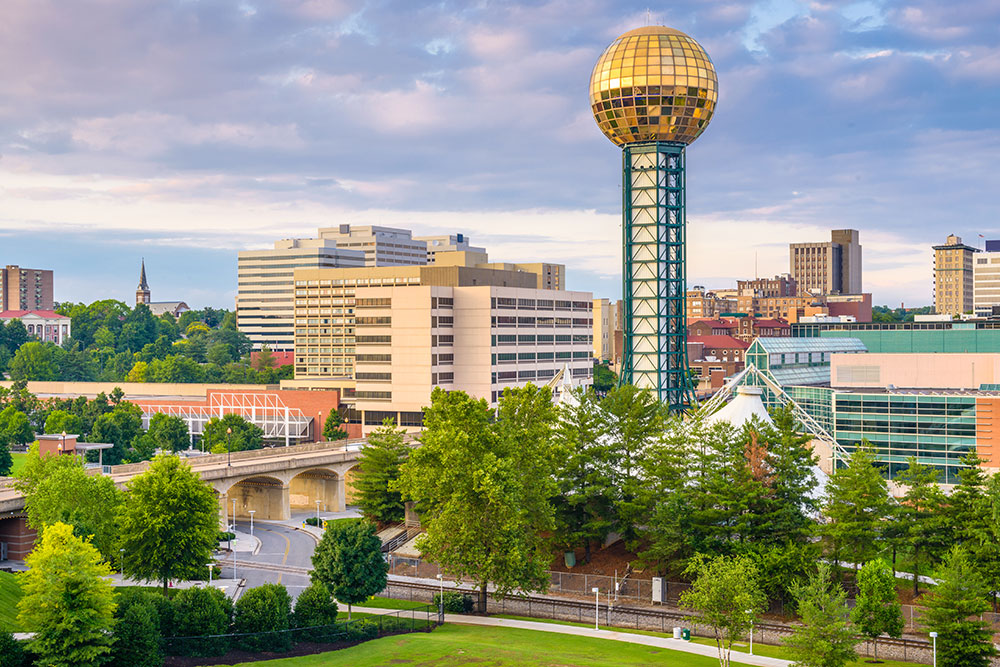 Located in the foothills of the Great Smoky Mountains and home to the University of Tennessee, Knoxville is a small city with a lot of attitude (and we mean that in the best way). With more than 55 parks, seven farmers’ markets and a full roster of music and sporting events, the city scored high in the amenities category this year. Even better? Residents get to enjoy all that Knoxville has to offer without breaking the bank: the city was named a Best Affordable Place to Live in 2018.

It’s all about the Vols in Knoxville. With a nationally ranked basketball team and loyal football fanbase, most weekends can be spent cheering and singing “Rocky Top” until you lose your voice. For everyone from college students to young families to retirees, Knoxville really is home sweet home.

Local Obsession: Are there dead bodies under the football field at Neyland Stadium? No, but the story has taken on a life of its own and was even mentioned in the movie “The Blind Side.” Here’s the real deal: “The Body Farm” is a research facility near the university where nearly 200 bodies decompose in the name of science. Up until 2017, some of these bones and remains were transferred to UTK’s anthropology department, which is housed under Neyland Stadium, hence the rumor that UTK’s football field also serves as a graveyard.

Top Industries and Employers: The university along with the city’s location near Oak Ridge National Laboratory make Knoxville a center for research and technology.

Quintessential Meal: A steamed sandwich from Gus’ Good Times Deli. You might even run into football legend Peyton Manning, who stops in every time he is in Knoxville.

Favorite Weekend Activity: Explore the sidewalks of Market Square, which is home to an unparalleled farmers market, a variety of local boutiques and restaurants. Be sure to enjoy a craft cocktail at the Peter Kern Library, a speakeasy at the Oliver Hotel.

After-Work Meetup Spot: Grab a seat on the patio or around the fire pit at Balter Beerworks and try a craft beer and $1.50 street tacos.

Beloved Bookstore: Union Ave. Books is a cozy little shop in downtown Knoxville that is home to a great selection of books and a special employee, Scout the dog.

Free Way to Have Fun: Plan a picnic at the Knoxville Botanical Garden and Arboretum.

Truly Hidden Gem: Take in WDVX’s Blue Plate Special, located off of Market Square at the Knoxville Visitors Center. Sturgill Simpson, The Avett Brothers and Old Crow Medicine Show are just a few of the artists who have performed at the noontime radio show.

Why Knoxville is a Top 100 Best Place to Live